Items related to Kings and Kingdoms of Early Anglo-Saxon England 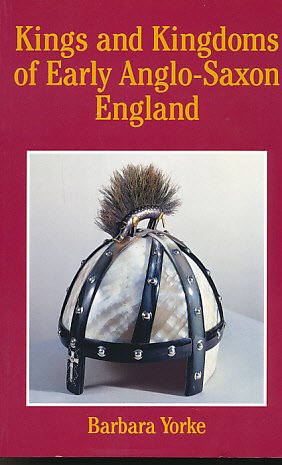 This study surveys the history of the six best-recorded Anglo-Saxon kingdoms within the period 600-900 Ad: Kent, the East Saxons, the East Angles, Northumbria, Mercia and Wessex. The chapters, like many of the available written sources, approach the histories of the individual kingdoms through that of their royal families. Dynastic history is a major concern of the book, but the intention is to go beyond narrative accounts of the various royal houses to try to explain issues such as strategies of rulership, the reasons for success on failure and the dynamics of change to the office of king. More generalised conclusions suggest themselves from the studies of individual kingdoms and these are brought together in the final chapter which examines four main facets in the development of kingship in the period under review: kingship and overlordship royal resources; royal and noble families; and king and church. The first chapter is also a general one and deals with the difficult issue of Anglo-Saxon kingship before 600 and introduces the main classes of written record.

"For the first time we have in one volume histories of the six major kingdoms, with discussions of the sources and of all the major problems of reconstructing dynasties and of dating assembled together in one place."
-"History

Book Description Paperback. Condition: Good. Minor shelf wear Good condition is defined as: a copy that has been read but remains in clean condition. All of the pages are intact and the cover is intact and the spine may show signs of wear. The book may have minor markings which are not specifically mentioned. Most items will be dispatched the same or the next working day. Seller Inventory # wbb0018066552

Shipping: US$ 11.49
From United Kingdom to U.S.A.
Destination, rates & speeds

Book Description Condition: Good. This is an ex-library book and may have the usual library/used-book markings inside.This book has soft covers. In good all round condition. Please note the Image in this listing is a stock photo and may not match the covers of the actual item,450grams, ISBN:9781852640279. Seller Inventory # 8954900

Shipping: US$ 19.22
From United Kingdom to U.S.A.
Destination, rates & speeds