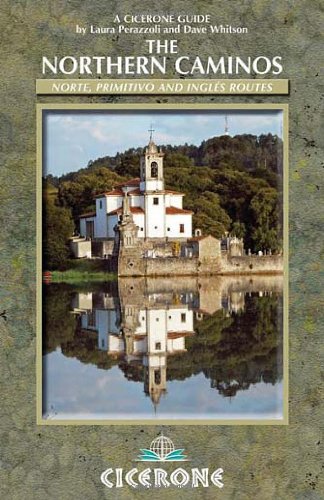 This guidebook is a comprehensive, pocket-sized guide to walking the pilgrimage routes through northern Spain to the sacred city of Santiago de Compostela. The Camino del Norte is an 817km five-week coastal route from the town of Irún, close to the French border. Its alternatives are the Camino Primitivo (which splits from the Norte near Oviedo for the next 355km) and the Camino Inglés (a five-day 116km route from the city of Ferrol on the north-west coast). The guide gives stage-by-stage descriptions to all three routes, and to the Camino de Finisterre (a three-day extension route from Santiago to the west coast). It features lots of advice including recommended gear, useful information on all available pilgrim hostels and an extensive glossary in English, Spanish and Euskera. The Camino Francés is often referred to as the Camino de Santiago, but it is actually, along with these Northern Caminos, part of a network of routes. As the Francés is so popular, however, the Northern Caminos offer ideal conditions. They are popular enough to offer sufficient facilities, clear waymarking and a pilgrim community, while plentiful cheap accommodation means no need to race for a bed.

Dave Whitson is a high school History teacher in Portland, Oregon and a graduate of the University of Washington. He made his first pilgrimage in 2002 on the Camino Francés and was inspired to return with a group of his high school students, which he did in 2004. He has made long-distance treks in Norway on the Pilgrim Road to Nidaros, in England on the North Downs Way to Canterbury, and in Turkey on the Lycian Way, all told walking roughly 10,000 kilometers on pilgrim roads in Europe.