Items related to They Shall Grow Not Old: Liturgies for Remembrance

They Shall Grow Not Old: Liturgies for Remembrance

They Shall Grow Not Old: Liturgies for Remembrance 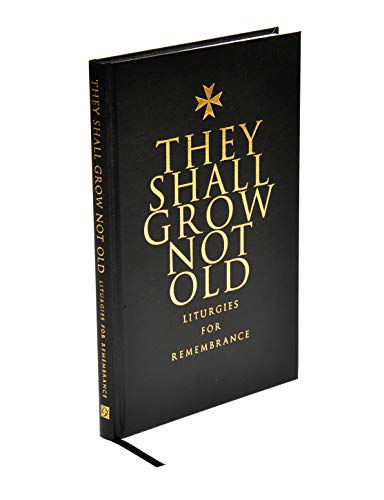 They Shall Grow Not Old contains a range of services developed from the official Remembrancetide resources published by the liturgical authorities of the British Isles. It includes:

a simple remembrance ceremony
a formal ceremony at a war memorial
a service for Remembrance Sunday
a veterans' service
a Remembrance service with a Eucharist
a parade service
and other related occasions that all parish clergy may be asked to conduct. No formal denominational services exist for many of these occasions and so this fills a real gap.

As well as complete services, it contains a wide range of greetings, biddings, opening prayers, confessions, intercessions, litanies, blessings as well as Bible readings printed out in full, so that civilian clergy and armed forces chaplains may create customized services according to local need.

This volume was produced in association with the Royal Army Chaplains' Department, building on the work of the Joint Liturgical Group (Churches Together in Britain and Ireland), the Liturgical Commission of the Church of England, the Panel on Worship of the Church of Scotland, and the Royal British Legion. This book would be useful throughout Britain, Ireland and the Commonwealth.

A CD ROM of the whole text to aid framing your own services is included, with ready to print general service sheets for a number of occasions and with music for the Last Post.

Brian Elliott served 33 years as an Army chaplain and was for 10 of those years Liturgical Adviser to the Royal Army Chaplains' Department. He continues to minister as a part time chaplain and is an Honorary Canon of St Paul's Cathedral, Nicosia.

For much of the twentieth century, a significant proportion of the population had personal memories of the First or the Second World War. The eleventh of November, or the nearest Sunday, were times of national remembrance observed by a huge number of people who, in silence, remembered those of their families and friends who had died in those two costly conflicts. They remembered too their own experiences of war, whether as members of the armed services or as civilians. As the century drew to a close, inevitably fewer people had had first hand experience of either of the two World Wars.

However, as chaplains frequently remind recruits in the armed services, there has only been one year since the end of World War II in which no sailor, soldier or member of the Royal Air Force has not been killed on active service. As the press and media have made international events more immediate to us, we have registered the cost of continuing conflict. The desire to pay tribute, to remember, and to pray for peace, has not diminished. Events in New York (9/11) and the London bombings (7/7) have further made us sense the fragility of the peace that we enjoy from day to day. Even in stable democracies, we can be caught up in tragedy that arises from misguided human passion. The violent loss of human life sometimes feels all too close, and we can feel very near to those who died and to those who now grieve. We wish, somehow, to express our solidarity with them; to hold them in mind. Remembering can be a private matter, but sometimes it seems fitting that it should be something shared and public. While always personal, it can be corporate and binding.

This book, They Shall Grow Not Old, is a valuable resource for us as we come together on occasions to remember those who have died in war and acts of violence and terror. I commend it to all who will lead Ceremonies of Remembrance in these fragile times, and to all who believe that remembering the past has its place in the building of a better future.

1. They Shall Grow Not Old: Resources for Remembrance, Memorial and Commemorative Services

2. They Shall Grow Not Old: Liturgies for Remembrance