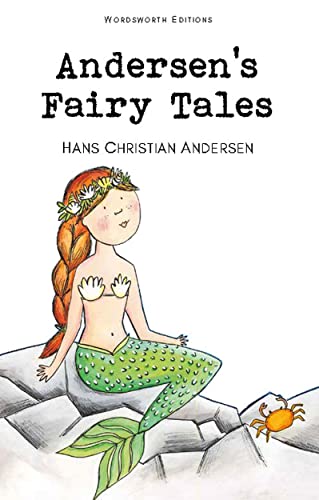 This collection of over forty of Andersen's most popular stories includes The Mermaid, The Real Princess, The Snow Queen, The Tinder Box, The Ugly Duckling, The Red Shoes and The Little Match Girl.

"The Princess and the Pea," "The Little Mermaid," and other great Andersen fairy tales have enchanted children since the first ones appeared in Danish in the 1830s and '40s. Spink's translation into English is widely recognized as the finest, and the new Everyman's Library edition is further graced by the magical pictures made in 1899 by three of Britain's most celebrated illustrators.

Hans Christian Andersen was a Danish fairy tale writer and poet who is most noted for his Fairy Tales, including the enduring children s stories The Snow Queen, The Little Mermaid, Thumbelina, and The Ugy Duckling. Through his youth Andersen worked as a weaver s apprentice and actor before turning to writing. Andersen s works have been translated into more than 150 languages and have inspired countless films, plays, and ballets. Although Andersen died in 1875, the anniversary of his birthday (June 2) continues to celebrated each year as International Children s Book Day.

W. Heath Robinson (1872 1944) was a British cartoonist. Trained in painting at the Royal Academy of Arts, he eventually became so well-known for the madcap contraptions that were the subject of cartoons in popular weeklies that a codebreaking device was named after him during WWII.

Book Description Paperback. Condition: New. Paperback. This collection of over forty of Anderson's most popular stories includes 'The Ugly Duckling', 'The Red Shoes', and 'The Little Match Girl.' The highest standards in editing and productio.Shipping may be from multiple locations in the US or from the UK, depending on stock availability. 400 pages. 0.250. Seller Inventory # 9781853261008