Items related to The Collected Poems of Maya Angelou

The Collected Poems of Maya Angelou 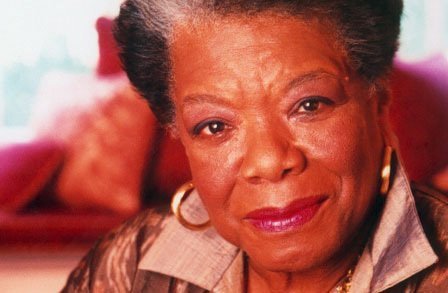 A selection of poems by Maya Angelou, including her inaugural poem for President Clinton, "On the Pulse of the Morning". Other work by the author includes "I Know Why the Caged Bird Sings", "Gather Together in My Name", and "I Wouldn't Give Nothing for My Journey Now".

Dr Maya Angelou was one of the world's most important writers and activists. Born 4 April 1928, she lived and chronicled an extraordinary life: rising from poverty, violence and racism, she became a renowned author, poet, playwright, civil rights' activist - working with Malcolm X and Martin Luther King - and memoirist. She wrote and performed a poem, 'On the Pulse of Morning', for President Clinton on his inauguration; she was given the Presidential Medal of Freedom by President Obama and was honoured by more than seventy universities throughout the world. She first thrilled the world with I Know Why the Caged Bird Sings (1969). This was followed by six volumes of autobiography, the seventh and final volume, Mom & Me & Mom, published in 2013. She wrote three collections of essays; many volumes of poetry, including His Day is Done, a tribute to Nelson Mandela; and two cookbooks. She had a lifetime appointment as Reynolds Professor of American Studies at Wake Forest University of North Carolina. Dr Angelou died on 28 May 2014.

A brilliant writer, a fierce friend and a truly phenomenal woman -- President Barack Obama The poems and stories she wrote ... were gifts of wisdom and wit, courage and grace -- President Bill Clinton She moved through the world with unshakeable calm, confidence and a fierce grace ... She will always be the rainbow in my clouds -- Oprah Winfrey She was important in so many ways. She launched African American women writing in the United States. She was generous to a fault. She had nineteen talents - used ten. And was a real original. There is no duplicate -- Toni Morrison

Book Description Virago, 1994. Hardcover. Condition: Good. Ex Library Book with usual stamps and stickers. Rough cut to the page egdes. Good condition is defined as: a copy that has been read but remains in clean condition. All of the pages are intact and the cover is intact and the spine may show signs of wear. The book may have minor markings which are not specifically mentioned. Most items will be dispatched the same or the next working day. Seller Inventory # mon0012724751

Shipping: US$ 10.27
From United Kingdom to U.S.A.
Destination, rates & speeds

2. The Collected Poems of Maya Angelou

Book Description Virago Press Ltd, 1994. Hardcover. Condition: Used; Good. **Simply Brit** Shipped with Premium postal service within 24 hours from the UK with impressive delivery time. We have dispatched from our book depository; items of good condition to over ten million satisfied customers worldwide. We are committed to providing you with reliable and efficient service at all times. Seller Inventory # mon0001602823

3. The Collected Poems of Maya Angelou

Shipping: US$ 16.08
From United Kingdom to U.S.A.
Destination, rates & speeds

4. The Collected Poems of Maya Angelou

Shipping: US$ 18.56
From United Kingdom to U.S.A.
Destination, rates & speeds