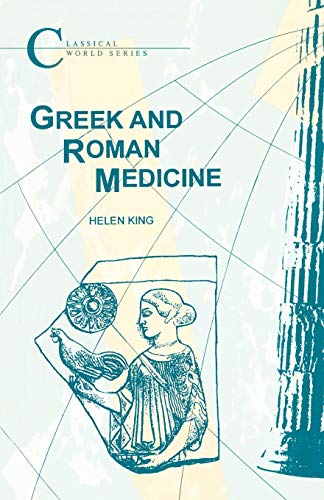 What happened if you fell sick in the classical world? This book looks at beliefs about the inside of the body and its functioning held in Greek and Roman society. It looks at the precarious position of the doctor in a culture where there was no set training and no form of qualification to prove the value of his treatments, and asks how a patient would respond to the different types of healing on offer. It discusses the medical practitioners, their ethical codes, and relationships with other areas of healing, such as religion. As well as covering the ‘big names' of ancient medicine, such as Galen, the book considers the patients' experience, asking whether the drugs used would have worked, and explains how the theories doctors put forward were part of an attempt to account for symptoms and encourage a cure. The final chapters explore the later influence of ancient medicine, and the challenges to its authority posed by modern medicine.This is the first concise yet comprehensive and up-to-date study of Greek and Roman medicine, aimed at the non-specialist and written in a lively, engaging style. (8 illustrations)

Helen King is Professor of Classical Studies at the Open University.

Book Description Bristol Classical Press, 2020. Paperback. Condition: NEW. 9781853995453 This listing is a new book, a title currently in-print which we order directly and immediately from the publisher. Print on Demand title, produced to the highest standard, and there would be a delay in dispatch of around 10 working days. For all enquiries, please contact Herb Tandree Philosophy Books directly - customer service is our primary goal. Seller Inventory # HTANDREE0142786