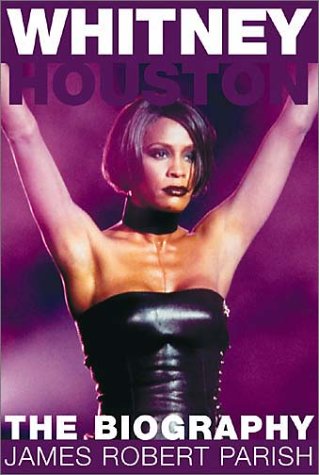 The author of The Hollywood Book of Death and Hollywood Divas focuses his attention on one diva in particular--Whitney Houston--revealing details of her rise to fame in the mid-1980s and her subsequent fall from grace at the hands of the tabloids in the mid-1990s.

Whitney Houston burst onto the music scene in 1985 with a stunning debut album, garnering numerous awards, including a Grammy for the single, “Saving All My Love for You.” Since then, she’s released limited new material, yet she retains her preeminence in the industry and her enormous popularity with fans. Similarly, as an actress, since starring in the blockbuster movie The Bodyguard, she’s chosen to appear in only three other movies. Still, she remains much in demand among casting directors. Now James Robert Parish reflects on the extraordinary journey that has taken her from a difficult childhood, to becoming the protégée of powerful Arista producer Clive Davis, to today’s diva, mired in rumors of peculiar behavior and drug abuse. He also looks at how the shy, pretty young girl from a devout background became the subject of lurid tabloid gossip, much of it focused on her turbulent relationship with her husband, bad–boy hiphop star Bobby Brown.

James Robert Parish is the author of many biographies and reference books on the entertainment industry, including The Hollywood Book of Death and Hollywood Divas.