Joseph Beuys and the Celtic World: Scotland, Ireland and England 1970-85 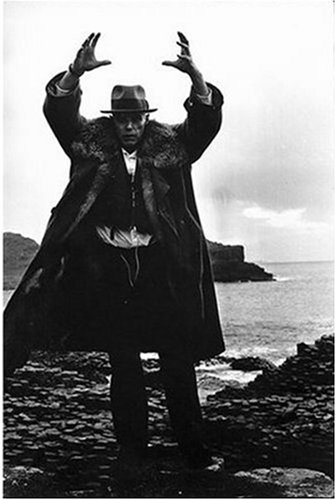 Joseph Beuys was one of the most influential and important German artists of the late twentieth century. He travelled, lectured and exhibited widely: while previous accounts of his career have ensured that his activities in America and Italy are well documented, this is the first thorough account of the time he spent in Britain and Ireland, places that were important to him in the development of his art and ideas.
This book explores Beuys's activities in Scotland, England and Ireland, including his first spectacular entrance as one of the participants in the 1970 Strategy: Get Arts exhibition in Edinburgh, the proposal to establish the Free International University in Dublin and his final shows in the autumn of 1985, shortly before his death. This history is examined in all its depth and variety for the first time.

Sean Rainbird is a Senior Curator at Tate, with a special interest in modern and contemporary art from Germany. Exhibitions curated include Gerhard Richter (1991-2), Rebecca Horn (1994), Piet Mondrian (1997), Per Kirkeby (1998) and Max Beckmann (2003).

1. Joseph Beuys and the Celtic World: Scotland, Ireland and England 1970-85

2. Joseph Beuys and the Celtic World: Scotland, Ireland and England 1970-85