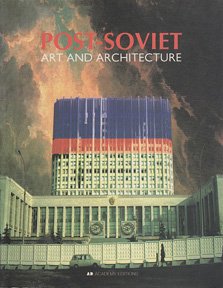 This volume presents a view of recent developments in Russian art and architecture in the context of the critical debates of postmodernism and national cultures. The return to popular national sources in the 1960s through the 1980s was a means for Soviet artists in a multi-ethnic state to avoid submersion in the official ideology of "Socialist-Realism". The transition from totalitarianism to pluralism is evident in the diversity of work featured by both artists and architects from different regions of the former USSR. The essays presented here are by leading Russian and Western art and literary critics, including Charles Jencks, Alexander Rappaport, Alexei Tolstoy, and Nadezhda Yurasovskaya. They provide a critical, historical and personal context for a survey of the work produced in Russia since the fall of Communism.