Items related to The Analysand's Tale 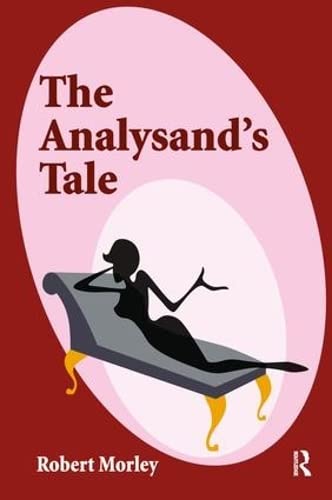 Most accounts of psychoanalysis and psychotherapy have been written by therapists, from a professional point of view. May such accounts alone be an authentic history of what occurred between the therapist and the patient? Would the patients’ accounts be as valid as those of the therapists? In this book the published stories of several analysands, some of Freud and Jung, over one hundred years have been collected for purposes of comparison; some have been written by therapists in training, but others are by patients not involved in the profession. A number are complaints about malpractice, or of failures to make a difference to their condition, and a common factor in most has been a discordant agenda between analyst and analysand. Where analysands have felt that they have gained transforming benefit from the therapy, those gains are frequently ascribed to the relationship with the therapist, rather than the practice or technique which they may have criticized. Collected together they make stimulating reading and raise interesting issues about the nature of psychoanalysis and psychotherapy, and the healing function of the process.

Robert Morley has had a career which includes Principal Lecturer at the Hatfield Polytechnic, a staff appointment to the Institute of Marital Studies and Director of The Family Welfare Association. He now works in private practice with couples and is the author of Intimate Strangers (1984).

'In this fascinating book, for the first time in one volume we are introduced to the accounts by patients (over the past hundred years) in which they each tell their own tale of being in analysis. Not only do we hear of some strangely unorthodox styles of working, we also hear patients speaking of how they had experienced the ways in which their analysts interpreted to them and, more generally, how they felt they had been treated. A central theme in many of these accounts is that of "discordant agendas", between the patient and the analyst, one seeking therapeutic help and the other too often aiming to demonstrate the assumed correctness of their adopted theories. We are invited to recognize that patients may also have a valid view of their analytic experience, and that it need not be only the analyst who can report on this with validity. There is a great deal for analysts and therapists to learn from this book.' - Patrick Casement, Training and Supervising Analyst; Member of the British Psychoanalytical Society'In this engaging and readable book Dr Morley gives voice to the partner in the analytic couple who most often goes unheard-the analysand.The result raises important questions about analytic process, theory-building and the purpose of psychoanalysis itself. We should not be surprised to learn that the same analytic relationship cansupport twodifferent realities,and if we take seriously the notion that each partner contributes to shaping that experience who is to say which is right?' - Christopher Clulow, PhD, The Tavistock Centre for Couple Relationships