Items related to A Celibate Season 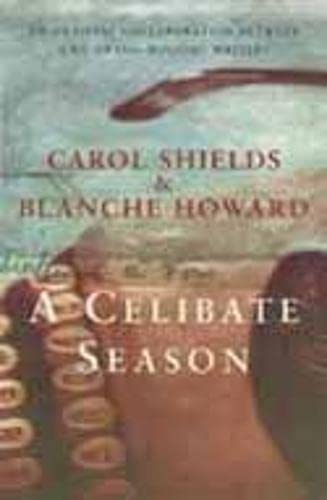 In an original collaboration two award-winning authors, Carol Shields and Blanche Howard, have written an immensely enjoyable novel which give us both sides of a story about the breakdown of traditional roles, rules and communication in a marriage.A CELIBATE SEASON is the story of a married couple, Jocelyn and Charles, (Jock and Chas) and their self-imposed separation of ten months when Jock accepts a job in a city more than three thousand miles away from her family. As "breadwinner" and suddenly "single" again Jock is confronted with local politics, loneliness and advances from the opposite sex. Meanwhile back at home, Chas, an unemployed architect, is now a "single parent" who has to reacquaint himself with his teenage children, Mia and Greg, learn to run a household and shift his career priorities. Throw in an attractive young housekeeper, a mother-in-law who enjoys her wine, a touch of teenage angst, some unexpected home renovations and a disastrous Christmas dinner and you have modern family life.

Originally published in 1991, this remarkable collaboration came about when Carol Shields and her friend Blanche Howard decided to tell two sides of the same story. Carol wrote the man's version and Blanche the woman's.

A Celibate Season is the story of what happens when Jocelyn and Charles, who have been married for years, are faced with a possible ten-month separation. In order to economize, they choose to write to each other rather than use the telephone. Through their letters, we follow the evolution and eventually the breakdown of communication. As the months progress, we begin to see two very distinct views of this time apart. Their "season of celibacy," as they initially joked, is proving to be more of a challenge than either had imagined and tests the strength and commitment of their marriage.

"A Celibate Season is intelligent, subtle, symmetrical; like all our favourite seasons, it passes by all too quickly." -Quill & Quire


"Great fun-- This is accomplished light entertainment from two serious writers. Beneath its polished surface lurks a reactionary fable." -The Montreal Gazette