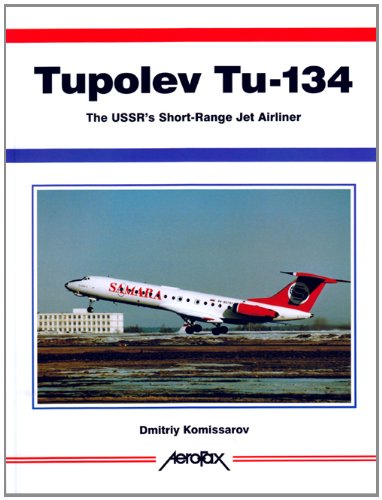 The Tu-134, which has given sterling service for 35 years now, has played a major role in Soviet/Russian civil aviation. It was the first jet type operated the flag carriers of several nations allied with the Soviet Union. The Tu-134 has seen service in 42 countries in Europe, Southeast Asia, the Middle East, Africa and South America. Apart from passenger flights, its multifarious activities include VIP transportation, support of Air Force, Army and Navy headquarters and miscellaneous research and test work. The type has helped train thousands of military pilots and navigators for the Soviet Air Forces' tactical and long-range bomber components.Compiled from first-hand Russian sources, the book gives an account of the Tu-134 and the type's design, test and operational history. Every known version, including military and various test aircraft, is painstakingly described here. Detailed fleet lists are given of all known Tu-134 operators. The book features a full production list of over 800 aircraft and accident details.

Dmitriy Komissarov is rapidly establishing himself as a respected authority on Russian and Soviet aviation. He works in the publishing industry and lives in Moscow.