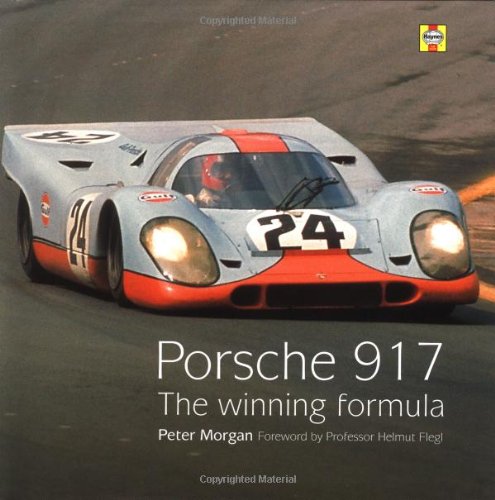 The super-fast Porsche 917 dominated international motorsport in the early 1970s. Designed to win the world-famous Le Mans 24 Hours race, the 917 became the focus of obsessive ambition for all connected with its spectacular existence. Here, from a Porsche expert with unprecedented access to company records and the engineers involved, is the full story of the 917, which in 1997 was voted the world's greatest racing car. Includes coverage of 917 development, the 1970 Le Mans 917 win, the 1100bhp racers, and drivers Elford, Redman, Attwood and Bell describing racing in an era when mistakes could so often prove fatal. Must-have literature for your racing library!

Peter Morgan has a Bachelors degree in Mechanical Engineering and trained in the automotive industry. He has written for publication since his teens and became Technical Editor of Porsche Post (the magazine of the Porsche Club Great Britain) in 1981. He was Editor from 1991 to 1994. His first Porsche book, Porsche 911 -- Purchase and DIY Restoration was published in 1987. To date, he has written 20 titles on all aspects of Porsche, including racing, and his books have been translated into seven languages.