Items related to Lévi-Strauss Today: An Introduction to Structural Anthropolo... 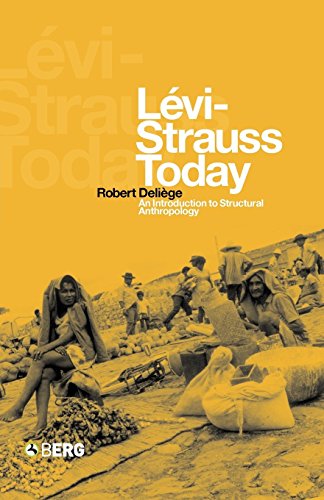 Robert Deličge's book provides a concise overview of the monumental work of one of the greatest and most prolific thinkers of the 20th century. Claude Lévi-Strauss has had a profound and lasting impact on the course of contemporary anthropology. One could further argue that he has spawned a discipline in and of itself, so widespread has the influence of structuralism been, from linguistics to philosophy to psychology. He had a formative influence on such thinkers as Jean-Paul Sartre, Maurice Merleau-Ponty, also Ernest Gellner, Jean Piaget, Paul Ricoeur and Vladimir Propp, to name but a few. Lévi-Strauss' visionary work sparked the debate, criticism and fervour that revived social anthropology at a critical point in the development of the discipline. This reappraisal is essential reading for students and indeed anyone wishing to have a handy introduction to one of the world's great minds.

“This [is a] concise synthesis that appraises Lévi-Strauss' philosophy without indulgence or awe.” ―Sciences Humaines et Sociales

“An introduction to the rich and dense works of the French ethnologist...[Deliège's] admiration does not prevent him from taking a detached perspective towards this philosophy that, whilst no longer giving rise to strong feelings, can nevertheless described as classic.” ―Nature, Science et Société

Book Description PAPERBACK. Condition: New. Book Cover and ISBN may be different from US edition but contents as same US Edition. Excellent Quality,Quick delivery, We may ship the books from Asian regions for inventory purpose. Our courier service is not available at PO BOX. Seller Inventory # nt_9781859738382