Items related to The Photographer's Wife 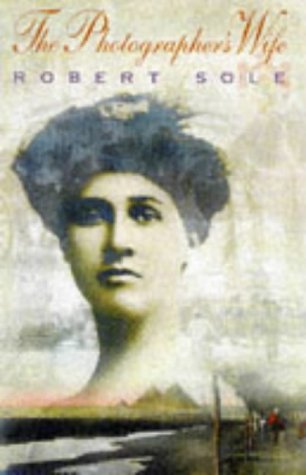 It is mid-summer in 1891 and Emile Touta is gathering his extended family for the annual photograph on the beach at Alexandria, when he falls in love with Dora. Soon they marry. Helping in her new husband s portrait studio, Dora finds herself drawn to photography and her work soon eclipses Emile s efforts. The studio s reputation soars and Cairo s high society is swiftly clamouring to be photographed there. However Dora s behaviour and ambition shock many. Meanwhile nationalism is taking root in British-occupied Egypt. Dora, in a radical gesture of her own, leaves for Khartoum, to cover the British conquest of Sudan. Alone there, she begins finally to reconcile her identities as a talented artist and a woman of her society. Robert Sole s evocation of late 19th century Egyptian society, peopled by a confidently and exuberantly drawn cast of characters, is a powerful historical fiction which makes no concession to sentimental nostalgia.

Robert Sol was born in Cairo. When he was eighteen, he moved to France to study and is now an editor at Le Monde.

Cairo-born French writer Sol?'s first work to be translated into English takes place in the Syrian community of turn-of-the-century Egypt. In a dramatic setting, the story opens when headstrong painter Dora Sawaya meets and soon marries Milo Touta, a confident fledgling photographer from a distinguished Syrian-Greek family. At first skeptical of photography as an art form, Dora becomes fascinated with her husband's profession. Soon she, too, is taking photographs, but she reaches beyond Milo's conventional approach, eschewing formal poses, tinting photos with a painter's expertise and experimenting with light and movement. Her skill as a portraitist brings wealthy clients to her husband's studio, but his family is scandalized, and Milo grows increasingly jealous of her success. Dora wants to be a good, obedient wife, but fame alters her existence. She comes into contact with political figures in the Egyptian government and with the staffs of the Italian and British consulates; a British soldier falls madly in love with her. With Egypt's ruler, the Khedive, in danger from nationalists, and the British advancing on Khartoum, Dora finds herself in a dangerous, transformative moment in history and in her personal life as she leaves Cairo to accept a newspaper job documenting the tumultuous events. Sol? allows Dora to narrate at times, energetically musing on art, her marriage and her place in both, and he also incorporates a third-person viewpoint in order to speculate on Egyptian politics, the British occupation, the war in the Sudan and the daily details of Cairo society. Translator Brownjohn has chosen to imbue the English version with idiosyncratic hints of French grammar, which is a mixed blessing: the prose retains the lilt of the original language, yet sometimes rambles. Falling gracefully between a family saga, a history lesson and a love story, the book is a meditation, centering on Dora's colorful life and wrenching dilemmas, on how political change affects domestic relations, and how art can encompass and reinvent both realms.
Copyright 1999 Reed Business Information, Inc.