Items related to Valley of the Dolls

Susann, Jacqueline Valley of the Dolls

Valley of the Dolls 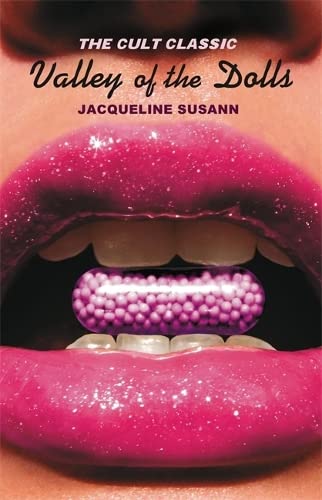 The exploits and excesses of three pill-popping showbiz heroines: Anne, the smalltown girl supposedly modelled on Grace Kelly, who captivates a millionaire but falls for an English cad; Jennifer, the beautiful Marilyn Monroe clone who possesses everything - except immortality; and Neely, the ruthless Judy Garlandesque understudy-turned-superstar. As friends - and enemies - they learn the hard way that fame, fortune, beauty and stardom don't always equal happiness. Jacqueline Susann's sensational novel staked her claim as a pop pioneer, perfectly crystallized the decadence of the 1960s - and ushered in a whole new genre of mass-market fiction.

Sex and drugs and shlock and more--Jacqueline Susann's addictively entertaining trash classic about three showbiz girls clawing their way to the top and hitting bottom in New York City has it all. Though it's inspired by Susann's experience as a mid-century Broadway starlet who came heartbreakingly close to making it, but did not, and despite its reputation as THE roman á clef of the go-go 1960s, the novel turned out to be weirdly predictive of 1990s post-punk, post-feminist, post "riot grrrl" culture. Jackie Susann may not be a writer for the ages, but--alas!--she's still a writer for our times.

Jacqueline Susann was an actress who won the Best Dressed Woman in Television award four times. She was the first novelist to have three consecutive books hit #1 on the New York Times bestseller list, transforming her into a Pucci-clad media superstar. She died in 1974.

1. Valley of the Dolls

2. Valley of the Dolls

3. Valley of the Dolls Susann, Jacqueline