Items related to When Suzanne Cooks 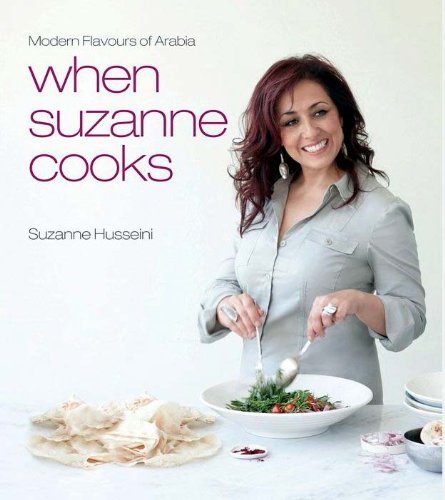 Divided into five sections depicting breakfast , mezze, lunch , dinner and desert dishes, when Suzanne cooks presents recipes for traditional Arabic foods like falafel , Shawarma and stuffed vine leaves all with a modern twist. An entire chapter of the book is dedicated to mezze, delectable appetizers like meatballs with sour cherry sauce, flaky cheese and spinach filled pastries, and grilled aubergines with pomegranate dressing. The recipes in the 'Lunch' and 'Dinner' chapters also include side dishes that match perfectly with the mains. The luscious 'Dessert' section has an inviting selection of Arabian modern treats and interesting creations. About Suzanne A contributor to many publications like BBC Good Food and Caterer , Suzanne Husseini has been featured on various local television programmes. She hosted one of the most popular Arabic cooking shows on a local TV network based in Dubai, which was a great platform to highlight Arabic cuisine in her unique style. She frequently conducts live cooking demonstrations, and has been a featured presenter at major food events such as Taste of Dubai, Abu Dhabi Book Fair, Gourmand's Paris Cook Book Fair and Frankfurt Book Fair. Suzanne has been a teacher, a pilates instructor and a restaurant manager and combined her skills and passion for food in order to conduct cooking classes to those eager to unlock the mysteries behind middle eastern dishes. Living in Canada, Saudi Arabia and Dubai and having the opportunity to travel has reinforced what she's always suspected: that all people are the same and crave the same things. She currently lives in Dubai with her husband Ahmed and her three children. Language(s): English ISBN: 9781860632983 November 2010, Paperback, 200 pages, 11.0" x 9.25"