Items related to The Flying Sportsman - A Biography of FNS Creek: The...

Minto, Peter The Flying Sportsman - A Biography of FNS Creek: The Life and Legacy of a Forgotten Sporting Hero

The Flying Sportsman - A Biography of FNS Creek: The Life and Legacy of a Forgotten Sporting Hero 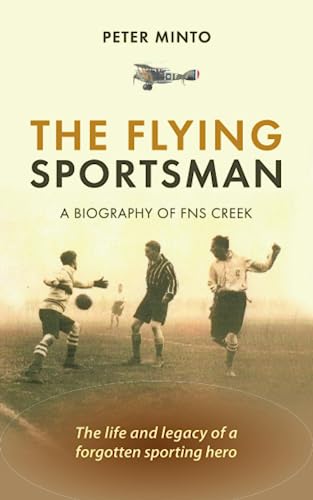 When Peter Minto first discovered the name of FNS Creek, he began to unravel a forgotten legend of British football. He soon found that there was far more to this man than it seemed. When the First World War broke out, FNS Creek found himself battling in the squalid trenches of Flanders and soon transferred into the Royal Flying Corps performing dangerous aerial reconnaissance and bombing missions behind enemy lines, eventually earning a Military Cross for his contributions. Despite the short life expectancy of aircrew, Creek returned to England to study at Trinity College, Cambridge, and there he first discovered his talent for football. FNS Creek quickly grew to celebrity status with his spectacular scoring ability, earning caps for England and later going on to manage/coach the GB football teams at the 1956 and 1960 Olympics. Throughout his career he revolutionised the coaching of football throughout the nation whilst also becoming a successful cricketer, writer, journalist and broadcaster. In this extensively-researched biography of a forgotten legend of English football, Peter Minto presents the remarkable life of FNS Creek.

1. The Flying Sportsman: A Biography of FNS Creek