Items related to The Book of Fallen Angels

The Book of Fallen Angels 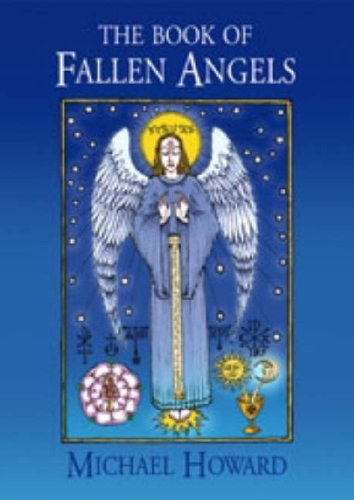 In some ways this book is a sequel to The Pillars of Tubal Cain by Nigel Jackson and Michael Howard, in another way it is a prequel in the sense that it expands on the material and themes specifically contributed by the author to that book. However it also stands on its own as a concise, popular and reader-friendly introduction to this mysterious, and sometimes obscure and sinister, subject. This book challenges the concept that the fallen angels, or 'Ben Elohim' fell from grace and became demons, with their leader Azazel or Shemyaza, identified with the rebel angel Lucifer, becoming, according to the Christian texts, the Prince of Darkness and supreme principal of evil. Topics covered include what angels are and what they represent; their ancient origins; the major differences between Lucifer/Lumiel and Satan and how the early church demonised Lumiel and the pagan deities of the Middle East; the fallen angels and their stellar lore; the belief that the fallen angels are the same as the faeries and djinns of European and Arabian folklore; the universal myth of the great flood; the Nephelim or Anakim; the female consort of Lucifer, frequently associated in mythology with the dark moon goddesses and sorcery - Lilith, Hecate, Ishtar, Astarte, Asherah, Diana, the Shekinah and Sophia; the mystical symbolism of the rose in occult tradition; the process of cosmic redemption manifesting as a series of incarnations in human form; heretical cults and secret societies through history and in modern times claiming to follow Luciferian beliefs including the Sethians, the Essenes, Knights Templars, the Yezedi, the Ophites, the Mandean, the Order of the Morning Star and the Our Lady of Endor Coven amongst others; Arabic influences on the medieval witch cult; Renaissance angelic magic; the 'teaching angels' or archangels who feature prominently in angelic magick - Michael, Raphael, Gabriel and Two appendices are included with invocations to the Lord Lumiel.

1. THE BOOK OF FALLEN ANGELS

2. The Book of Fallen Angels