Items related to 'Injuns!': Native Americans in the Movies (Locations... 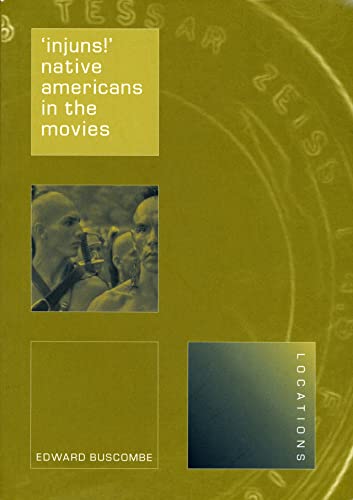 The indispensable sage, fierce enemy, silent sidekick: the role of Native Americans in film has been largely confined to identities defined by the “white” perspective. Many studies have analyzed these simplistic stereotypes of Native American cultures in film, but few have looked beyond the Hollywood Western for further examples. Distinguished film scholar Edward Buscombe offers here an incisive study that examines cinematic depictions of Native Americans from a global perspective.

Buscombe offers nothing less than a wholly original and readable account of the cultural images of Native Americans through history andaround  the globe, revealing new and complex issues in our understanding of how oppressed peoples have been represented in mass culture.

Edward Buscombe was formerly head of publishing at the British Film Institute. He is the editor of The BFI Companion to the Western and the author of John Ford’s"Stagecoach," The Searchers, and Cinema Today.

"Buscombe's fresh insights and fascinating research deconstruct the celluloid savage to a fare-thee-well. Especially illuminating are the accounts of those who played the roles--white actors, Native Americans and imposters--and the construction of the 'Injun' in Europe's Westerns. A valuable addition to the genre's bookshelf." (Jim Kitses, San Francisco State University 2006-05-10)

"Deftly demonstrates that the motion-picture industry did not originate the image of the uncivilized savage; rather movies built upon a tradition that had been established in the centuries before. This is an accessible, informative, and original work by an author who has a masterful command of the subject. Essential." (T. Maxwell-Long Choice 2007-05-01)

"Buscombe has done an admirable job in a brief space of tracing the origins of various immages of Indians in the western." (Journal of American History)

"Buscombe's strength lies in the way he locates the cinematic images in the larger cultural discourse about Indians, rather than focusing only on the movies. Moreover, his clear, engaging, and jargon-free style helps make his survey a useful resource both for the general public and for students." (S. Elizabeth Bird Great Plains Quarterly)