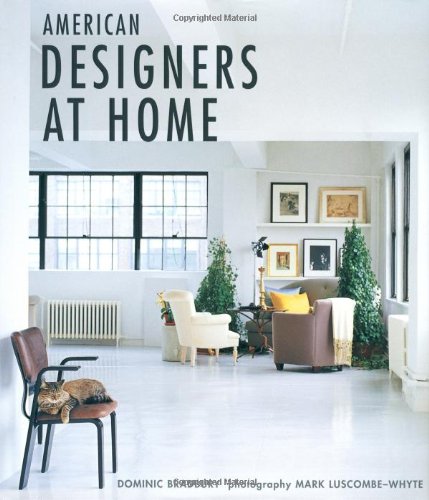 There is a fresh spirit of invention in American design. The US culture has long benefited from influences filtering into the country from around the globe and the same is still true today, perhaps even more so. Within the sphere of interior design, the melting-pot culture has introduced themes and style from Mexico and South America, from South Africa and the Pacific, as well as ideas from Europe. The resulting interiors are unique: vibrant houses that have caught the attention of commentators from around the world. American Designers at Home explores the best of the country's interior design through the lens of designers own houses. Divided into three broad sections representing the diversity of design styles, the twenty featured designers are explored through the themes of New Classic, Fusion and Modern. From the reinvented classicism of Juan Saladino and Sills-Hunniford to the theatricality of David Rockwell or Juan Pablo Molyneux this is a book which explores both stylistic diversity and original thinking. Included are designers who have come to work in the States from elsewhere, such as Kathryn Ireland and Benjamin Noriega-Ortiz; they are bringing fresh inspiration to the growing US design scene. A companion volume to the successful Designers at Home, this new book will offer inspiration to those seeking new interiors ideas, as well as information on the evolving American interior design scene.

Dominic Bradbury is a well-known journalist who has worked for many leading interiors magazines, including House and Garden, Homes & Gardens and Elle Decoration. He also contributes regularly to newspapers such as The Times and The Telegraph. One of Britain's leading interiors photographers, Mark Luscombe-Whyte's work has appeared in Vogue, House & Garden, Harper's & Queen, Conde Nast Traveller. His photographs have also appeared in many books, including La Dolce Vita and Designers at Home, published by Pavilion; he also took the location photography for Momo; The Cookbook.

Book Description Pavilion Books 2004-10-22, 2004. Hardcover. Condition: Very Good. Item is in very good condition. If supplemental codes/CDs for textbooks are required please contact us prior to purchasing as they may be missing. Seller Inventory # DS-1862056552-2

Book Description Paperback. Condition: Very Good. The book has been read, but is in excellent condition. Pages are intact and not marred by notes or highlighting. The spine remains undamaged. Seller Inventory # GOR004247472