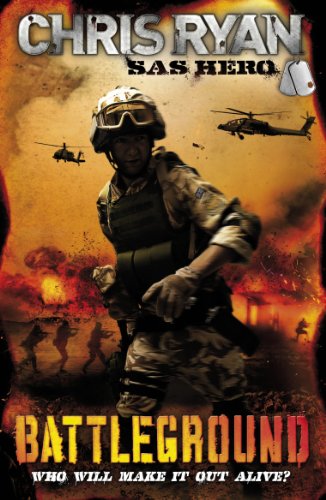 Fourteen-year-old Ben Tracy goes to Pakistan with his environmental-activist mother, who then travels across the border into Afghanistan, leaving Ben behind, where it’s safe. But Ben and his new friend, Aarya, are kidnapped and find themselves caught up in a terrifying planned Taliban attack that could destroy Southern Afghanistan killing thousands. And when Ben sees their kidnappers are carrying some sort of weapon that looks like a suitcase, he realizes that their lives are in serious danger.

Chris Ryan joined the SAS in 1984. During his ten years in the elite squadron, he was involved in overt and covert operations, and was sniper team commander of the anti-terrorist team. During the Gulf War, Chris was the only member of an eight-man team to escape from Iraq. For this he was awarded the Military Medal. For his last two years he was selecting and training potential recruits for the SAS.