Items related to The Geology of Chile

Teresa Moreno The Geology of Chile

The Geology of Chile 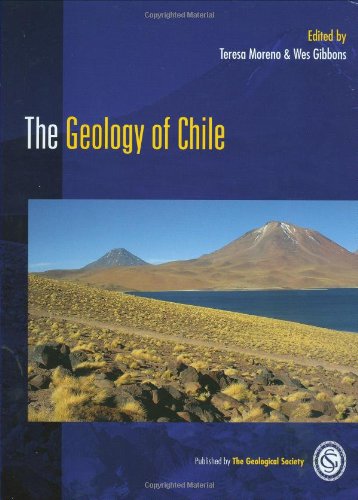 This book is the first comprehensive account in English of the geology of Chile, providing a key reference work that brings together many years of research, and written mostly by Chilean authors from various universities and other centres of research excellence. The 13 chapters begin with a general overview, followed by detailed accounts of Andean tectonostratigraphy and magmatism, the amazingly active volcanism, the world class ore deposits that have proven to be so critical to the welfare of the country, and Chilean water resources. The subject then turns to geophysics with an examination of neotectonics and earthquakes, the hazardous frequency of which is a daily fact of life for the Chilean population. There are chapters on the offshore geology and oceanography of the SE Pacific Ocean, subjects that continue to attract much research not least from those seeking to understand world climatic variations, and on late Quaternary land environments, concluding with an account examining human colonization of southernmost America. The geological evolution of Chile is the c. 550 million year history of a continental margin over 4000 km long. During his voyage on H.M.S. Beagle, an extended visit to Chile (1834-35) had a profound impact on Charles Darwin, especially on his understanding of volcanoes, earthquakes and tsunamis. Over more recent decades scientists have come to recognize the Chilean Andes as providing the classic example of a mountain belt produced by oceanic subduction beneath a continent, as well as some of the most dramatic scenic and climatic variations on Earth. In the final chapter, the editors offer a description of a drive from the Mediterranean landscapes of central Chile to the hyperarid Atacama Desert, a contribution designed to give visitors a chance to experience for themselves the geology and scenery of this extraordinary country.