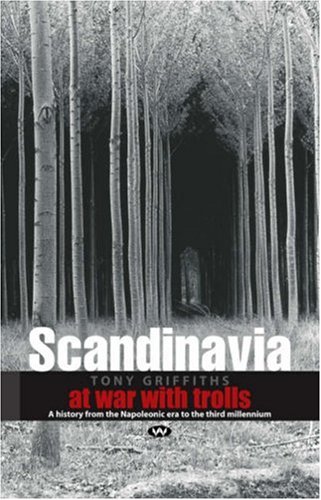 "Scandinavia" is a succinct modern history of Finland, Sweden, Norway and Denmark. It deals with a group of nations with unique qualities, which are now crucially involved in, and affected by, the surrounding drama of turbulent change in eastern Europe. The 19th and 20th centuries have seen the decline of the great Scandinavian kingdoms and their transformation into modern states. Tony Griffith's account of the period focuses on the links between cultural and political change (and is refreshingly free of the national biases which have marred previous overviews). It is given particular liveliness by unconventional investigations of an array of Scandinavian luminaries. Famous figures such as Mannerheim, Ibsen, Sibelius, Kierkegard, Nobel, Quisling, Garbo and Palme move in and out of the narrative, providing a ready understanding of the unique qualities and internationalism of Scandinavian societies. Besides its importance to historians and students, "Scandinavia" will be of particular use to those interested in Scandinavian culture and politics and to businessmen and others who visit the region. "Tony Griffiths teaches at the Flinders University of South Australia and is the Australian contributor to the "Encyclopedia Brittanica" on contemporary events. His previous books include "Contemporary Australia", which was widely praised. The "TES" said "To understand modern Australia, study this."; the "Melbourne Age" praised his "considerable talent for compressing great events into a short space." "Scandinavia" shares similar virtues of insight, brevity and wit. This book is intended for students and researchers in Scandinavian studies - in particular Scaninavian history and culture. It will also interest European historians and travellers to Scandinavia.

Tony Griffiths was educated at Cambridge and Adelaide Universities. He has taught Australian and Scandinavian history for quarter of a century in Japan, Australia and Europe. He is director of the Scandinavian Studies Centre in Adelaide and has been nominated to the Swedish Royal Academy of Letters, History and Antiquities. Tony is also an Australian contributor on current events to the Encyclopaedia Britannica.