Items related to From Pop to Punk to Postmodernism: Popular Music and...

From Pop to Punk to Postmodernism: Popular Music and Australian Culture from the 1960s to the 1990 S (Austrlian Cultural Studies)

From Pop to Punk to Postmodernism: Popular Music and Australian Culture from the 1960s to the 1990 S (Austrlian Cultural Studies) 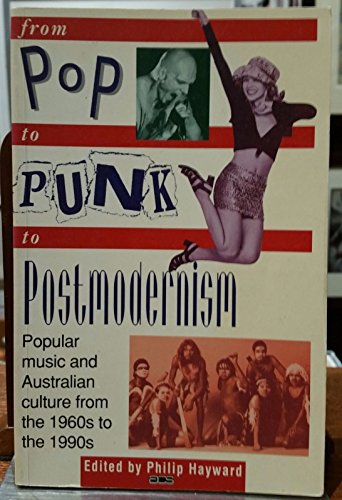 Is there anything distinctive about Australian popular music? Or are Kylie Minogue and Midnight Oil simply part of the international music market? What about Aboriginal bands such as Yothu Yindi? Are they another version of different story to tell?
From Pop to Punk to Postmodernism takes a close look at Australian popular music and the context in which it is created, heard and sold. It looks at record companies and radio stations, music video and television, analysing their influence on the music we hear. It looks at the pub rock scene and the barriers this presents for female rock musicians. It also looks at how music: fits into youth culture: the creation of pop music in the 1950s and 1960s, the punk scene of the early 1980s and the recent phenomenon of the dance party.
From Pop to Punk to Postmodernism is a lively, readable study of Australian popular music and popular culture and includes contributions by music critics Craig McGregor, Marcus Breen, Graeme Turner and Sally Stockbridge.