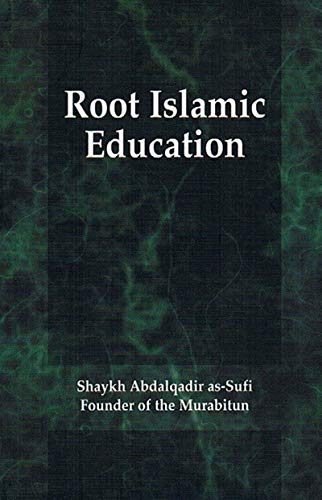 Islam is not and can never be, by definition, in crisis or need of revisionist change, Islam, Kitab wa Sunna, is immutable in all places until the end of time. It is itself critique and balance-principle against which all human ventures must be measured and themselves revised and changed. The mizan of Islam adheres in every case, personal and social. At no time and in no place do the moral and political limits become altered to suit the latest fantasies and ambitions of men. Limits of human behaviour remain decreed by the revelation until the end of the human situation. This involves the delineation of kufr, shirk, and the hadd punishments, as well as hijra and jihad. The limits set on trading transactions and monetary systems have been decreed. Just as warfare has obligations, so too do commodity trading, coinage, marriage, sexual mores, and the maintenance of the public good. Thus, all ijtihad and all analogical extension of these basic elements must derive from the basic Islamic model of Madinah, during its phase when it functioned as the primary model for the future of mankind. The Madinah of the Salafi community was neither a primitive nor a formative society but a complete and blueprint pattern for Islamic societies from then on. It is clear that in Madinah at the time of the Salafi communities man was at his greatest and the social contract at its healthiest and most balanced. The myth of development and progress, an unscientific extension of victorian biological speculation into the realm of sociology, is not tenable. All the evidence points to social devolution, diminishment of freedom, the increasing inhibition of personal life and travel, invasion of privacy, moral degeneration, sexual deviation, the end of the marriage contract, and so on and so on. Today we find that the Muslims have been polarised into two camps, in a dialectic that backs the establishment of anti-Islamic regimes on the one hand and forces men into antithetical opposition and subversive resistance on the other. It is our contention that the Sirat al-Mustaqim, is between these two alternatives a middle-way, an interface and a sunna.

Shaykh Dr. Abdalqadir as-Sufi entered Islam with the Imam of the Qarawiyyin Mosque in Fez, Morocco, and studied under Shaykh Muhammad ibn al-Habib of Meknes and Shaykh Muhammad al-Fayturi of Beghazi. Shaykh Dr. Abdalqadir as-Sufi has been responsible for the most far-reaching and successful Islamic Da wa of the 20th century. He has founded mosques in England, Spain and South Africa. His writings encompass well over 20 books and many essays and articles, and he has initiated the translation and publication of numerous classical works of Islam, most notably the Muwatta of Imam Malik and Ash-Shifa of Qadi Iyad. His students, many of whom are world-renowned and respected in their own fields, have been responsible among other things for definitive translations of the Qur an into English and Spanish.