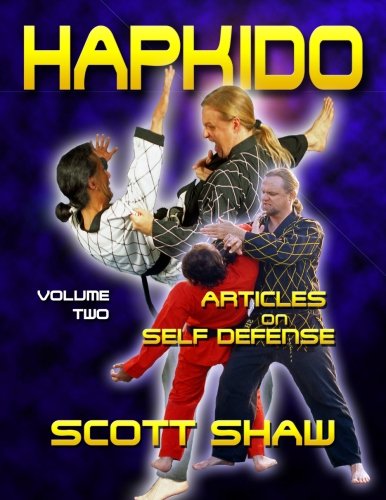 The Korean martial art of Hapkido is an advanced system of self-defense designed to provide its practitioners with viable tools to defend against even the most aggressive of attackers. Within the pages of this book are presented in-depth understandings of Hapkido's self-defense arsenal. Also detailed in this book is how Hapkido utilizes the internal energy of Ki, in addition to Hapkido techniques for the use of the Hapkido Cane, the Staff, and the Sword, also known as Kumdo. There are over three-hundred photographs presented in association with the techniques detailed in this book. The articles presented in this book were written by Hapkido Master Scott Shaw and were originally published by some of the most respected martial art journals in the industry.

Scott Shaw has been a mainstay of martial art media for well over two decades. He is one of the world's most prolific proponents of the Korean martial arts who has written several hundred articles and a number of books on the subject published by the most esteemed publishers in the industry. Scott Shaw was the first non-Korean ever to be awarded the advanced rank of 7th Degree Black Belt by the prestigious Korea Hapkido Federation and he currently holds 8th Degree Black Belts in both Hapkido and Taekwondo.