Items related to The Geometry of Love

The Geometry of Love 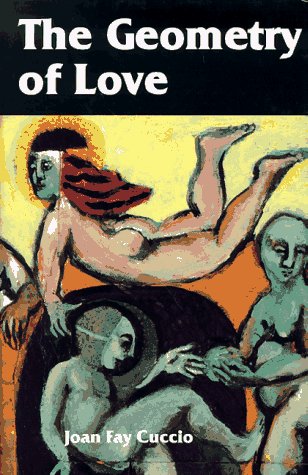 Darcy, a diner waitress, struggles with the meaning of her existence, in the process falling in love, marrying, and eventually fleeing her husband, but when her life turns violent, she is forced to consider her life choices

With an eye attuned to the minute details of mundane life, Joan Fay Cuccio directs her poetic voice to a hardscrabble story. Darcy, the protagonist, stands in a phone booth and "thread(s) the coins through again and again in a small song, getting the number right on the third time, letting the call hook up. You are waiting outside smoking a cigarette against the heat of the day. I watch you pacing the curb, hitching up your jeans on the narrow knob of your hips.... " The "you," we learn, is Frank, the violent husband she is fleeing--the same &quotyou" to which the entire story is addressed.

The Geometry of Love tells neither a pleasant nor an easy story. A moment in the present, an object, or the smallest gesture--washing her hands in a gas station bathroom--triggers memories of a hard past: her father's death, the subsequent hardships, her abusive marriage to the violent, mendicant Frank. In her first novel, Cuccio examines the simultaneity of love and abuse, humdrum and stolen pleasures, and a woman's process of integrating her painful past with the difficult choices of her present.

Cuccio makes a laudable effort on her first outing to embrace armfuls of life and get them onto the page, but her indisputable moments of brilliance are often dimmed by overwriting and conventional dramatics. Darcy Johnston, a Texas farm girl and dropout, believes that ``Love is born crooked, it is . . . not planar at all but something quite out of phase with the solemn procession of everyday life.'' So it is that the story Darcy tells is nothing like a straight line. On the third page, she alludes mysteriously to the cruel yet much-loved ``you'' whom she's finally broken up with--and also forbodingly to ``the pistol''-- then embarks on an often rather pleasant journey back and forth from adulthood to early childhood, early childhood to mid-adolescence, mid-adolescence to--and so on. Gradually we learn that her father has died (though only much later how and of what), and gradually that her dourly cruel mother, after her husband's death, opened the family's old farmhouse to boarders (and herself to them, too, becoming ostracized in the disapproving community). One of these boarders is the fierce and rattlesnake-mean ``you'' whom Darcy becomes entangled with, marries, and suffers under for so long that all you want to do is grab her shoulders and shake some sense into her. But it'll be a long slow time before she makes a move, with much that's admittedly beautiful along the way (``The world is quiet but for the sound of the tractor in the field. The breeze comes in from the window cool and blue''), but also much that's over-similed or maundering (``Let's see how far we can take this. Could we, for instance . . .'') in the approach to an ending that, well, ought to have been avoidable altogether but that will without question raise you from your seat. Debut work that's often muddled but that at its best can be superb. -- Copyright ©1997, Kirkus Associates, LP. All rights reserved.

1. The Geometry of Love