Items related to A History of Beatty, Nevada

A History of Beatty, Nevada 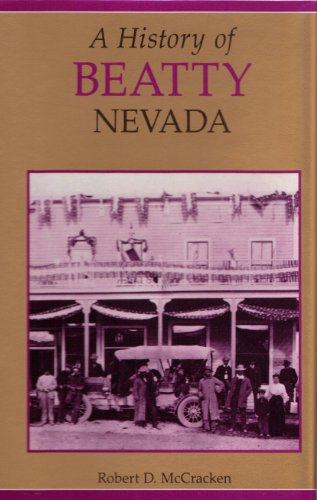 This volume traces the history of this frontier oasis community from the area's first known Native American inhabitants through Beatty's founding during the wild and raucous Rhyolite boom era. It follows the changes in the community as it struggled to survive following the collapse of Rhyolite and emerged as a small but important economic and social center for a vast desert area. The changing role of mining in Beatty is traced as is tourism's steadily increasing importance. The history of Beatty is a story of hardworking and enterprising people building a community on America's desert frontier.