Items related to Ukraine and Russia: A Fraternal Rivalry

Ukraine and Russia: A Fraternal Rivalry 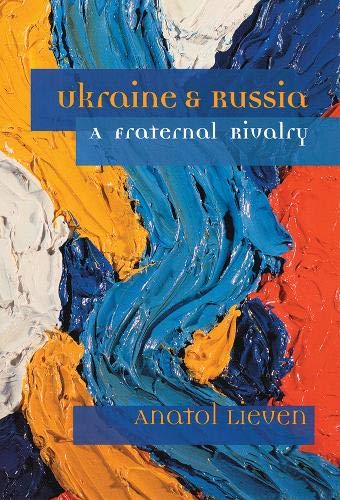 Journalist Anatol Lieven here explores the complex ethnic and political relationship of Ukraine and Russia. Based on extensive interviews, Lieven provides a fascinating portrait of the diversity that is contemporary Ukraine and of its efforts to forge a national identity after three centuries of Russian rule.

Lieven’s journeys take him into ethnic Russian enclaves in Crimea and eastern Ukraine and to the western bastions of Ukrainian nationalism. But they also reveal an intermingling (and intermarriage) of both ethnic groups throughout much of the country.

With trenchant observations and an eye for the telling detail, Lieven examines the policy implications of Eastern Europe’s new political geography. Will ethnic coexistence endure in the face of economic hardship and the divisive issues left over from the Soviet era? Is it wise for the West to force the issue of Ukraine’s membership in Western institutions―NATO first and foremost among them?

Following his career as a Moscow-based correspondent for The Times of London, Anatol Lieven was a fellow at the United States Institute of Peace in 1996. He was also a correspondent in Central Europe for the Financial Times, and is now editor of Strategic Comments and expert on post-Soviet affairs at the International Institute for Strategic Studies in London. Lieven is the author of Chechnya: Tombstone of Russian Power and the prize-winning The Baltic Revolution.

Ukraine and Russia: A Fraternal Rivalry