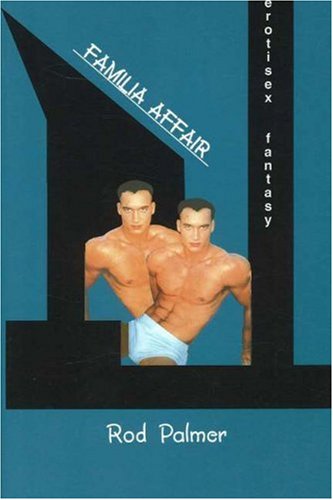 This book was originally published in the 1970s and has now been rescued from the bins of time. The scene is New York City in 1970, post-Stonewall when gay activism was beginning and gay sex was no holds barred. Rick meets gay twin brothers who happen to be sons of a major Mafia figure.

With the original copyrights now reverted to the author, GLB Publishers managed to track Mr. Palmer down and convince him to re-issue the book now published as "Familia Affair." Whether Mr. Palmer will give permission for the reissue of his other work is not known at this point.

Awaken in NYC in 1970 with studs Marco and Paolo! Look Ma, no hands and no Viagra needed! -- Bill Lee, Author