Items related to A Book of the Beginnings (2 Volume Set)

Gerald Massey A Book of the Beginnings (2 Volume Set)

A Book of the Beginnings (2 Volume Set) 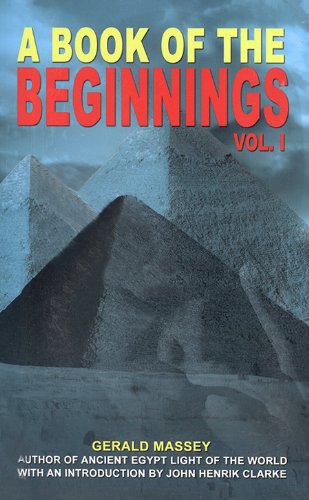 Other volumes in this set include ISBN number(s): 0766126536. Volume one of a two volume set. (This description is for all volumes.) Containing an attempt to recover and reconstitute the lost origins of the myths and mysteries, types and symbols, religion and language, with Egypt for the mouthpiece and Africa as the birthplace. Vol. I, Egyptian origins in the British Isles; Egypt; Comparative vocabulary of English and Egyptian words; Hieroglyphics in Britain; Egyptian origins in words; Egyptian water-names; Egyptian names of personages; British symbolical customs and Egyptian naming; Egyptian deities in the British Isles; Egyptian place-names and the record of the stones; Type-names of the people. Vol. II; Comparative vocabulary of Hebrew and Egyptian words; Hebrew cruxes with Egyptian illustrations; Egyptian origins in the Hebrew scriptures, religion, language, and letters; The phenomenal origin of Jehovah-Elohim; Egyptian origin of the Exodus; Moses and Joshua, or the two Lion-Gods of Egypt; An Egyptian dynasty of Hebrew deities identified from the monuments; The Egyptian origin of the Jews traced from the monuments; Comparative vocabulary of Akkado-Assyrian and Egyptian words; Egyptian origins in the Akkado-Assyrian language and mythology; Comparative vocabulary of Maori and Egyptian words; African origins of the Maori; Roots in Africa beyond Egypt. Mr. Massey has collected together all the principal facts known about Egypt, with a view to trace the origin of mankind. Some portions of his theories are undoubtedly correct, especially those which go to prove that the Egyptians are the oldest known historical race, that they are an African people of a peculiar type, and by no means an Asiatic tribe filtered through the Isthmus of Suez. Evidence of their primitive development is to be found in their physical type. The significance of this work was not recognized in its own time over 100 years ago. This book emphasizes the African origins of mankind in Africa. This work could give new pride and awareness in the staggering perspective of the history of Black people. See also, The Natural Genesis.

Kessinger Publishing reprints over 1,500 similar titles all available through Amazon.com.

Massey is an English poet. He has lectured extensively in Spiritualism.