Items related to Discovering the Power of Christ's Tears (Christian... 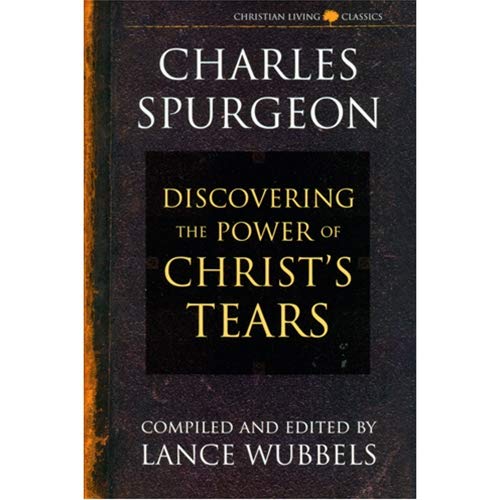 As one of the greatest expository preachers of all time, Spurgeon is eminently qualified to teach on the role of passion and the power of tears in the life of Jesus Christ. Three times Scripture records that Jesus was moved to tears, and each instance is full of marvelous light and instruction for the life of a believer. Who better than Charles Spurgeon to describe the wealth of meaning contained in these amazing occasions.

Come with Charles Spurgeon and also consider the tender heart of Jesus Christ, the Savior's gentleness, the compassion the Master felt for the multitude and the widow of Nain, the anger of Jesus over the hardness of men's hearts, and the depths that made Him "the man of sorrows." Timeless messages on living passionately for Jesus Christ await you.

There are five books in the Christian Living Classics series.

Charles Spurgeon (1834 1892), considered by peers then and now as the Prince of Preachers, built London s Metropolitan Tabernacle into the world s largest independent congregation during the nineteenth century. Lance Wubbels served for eighteen years as managing editor at Bethany House Publishers, was the vice president of literary development at Koechel Peterson & Associates, and currently runs his own literary service to publishers and writers. Wubbels has written several bestselling gift books with Hallmark, three gift books with Simple Truths, seven novels with Bethany House, and eighteen Christian Living Classics with Emerald Books. Two of his books have won Gold Medallion awards from the Evangelical Christian Publishers Association. Lance and his wife make their home in Minnesota. His interest in the writings of Charles Spurgeon began while doing research on an editorial project that required extensive reading of Spurgeon's sermons. He discovered a wealth of sermon classics that are filled with practical, biblical insight for every believer and written in a timeless manner that makes them as relevant today as the day they were spoken. His desire is to select and present Spurgeon's writings in a way that will appeal to a wide audience of believers and allow one of the greatest preachers of all time to enrich believer's lives.

2. The power of christ's tears