Items related to The Birchbark House 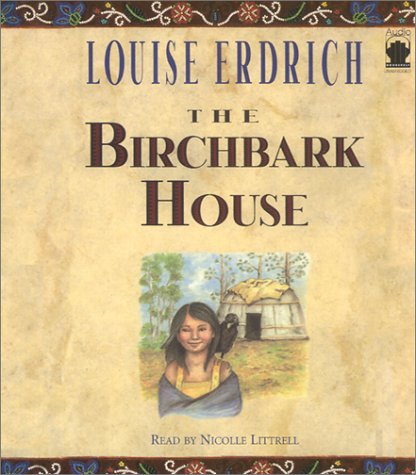 Nineteenth-century American pioneer life was introduced to thousands of young readers by Laura Ingalls Wilder's beloved Little House books. With The Birchbark House, award-winning author Louise Erdrich's first novel for young readers, this same slice of history is seen through the eyes of the spirited, 7-year-old Ojibwa girl Omakayas, or Little Frog, so named because her first step was a hop. The sole survivor of a smallpox epidemic on Spirit Island, Omakayas, then only a baby girl, was rescued by a fearless woman named Tallow and welcomed into an Ojibwa family on Lake Superior's Madeline Island, the Island of the Golden-Breasted Woodpecker. We follow Omakayas and her adopted family through a cycle of four seasons in 1847, including the winter, when a historically documented outbreak of smallpox overtook the island.

Readers will be riveted by the daily life of this Native American family, in which tanning moose hides, picking berries, and scaring crows from the cornfield are as commonplace as encounters with bear cubs and fireside ghost stories. Erdrich--a member of the Turtle Mountain Band of Ojibwa--spoke to Ojibwa elders about the spirit and significance of Madeline Island, read letters from travelers, and even spent time with her own children on the island, observing their reactions to woods, stones, crayfish, bear, and deer. The author's softly hewn pencil drawings infuse life and authenticity to her poetic, exquisitely wrought narrative. Omakayas is an intense, strong, likable character to whom young readers will fully relate--from her mixed emotions about her siblings, to her discovery of her unique talents, to her devotion to her pet crow Andeg, to her budding understanding of death, life, and her role in the natural world. We look forward to reading more about this brave, intuitive girl--and wholeheartedly welcome Erdrich's future series to the canon of children's classics. (Ages 9 and older) --Karin Snelson

Louise Erdrich is the author of twelve novels as well as volumes of poetry, children’s books, and a memoir of early motherhood. Her debut novel, Love Medicine, won the National Book Critics Circle Award. The Last Report on the Miracles at Little No Horse was a finalist for the National Book Award. Her most recent novel, The Plague of Doves, a New York Times bestseller, received the highest praise from Philip Roth, who wrote, “Louise Erdrich’s imaginative freedom has reached its zenith?The Plague of Doves is her dazzling masterpiece.” Louise Erdrich lives in Minnesota with her daughters and is the owner of Birchbark Books, a small independent bookstore.

Book Description Audio Bookshelf, 2002. Condition: Good. Unabridged. Former Library book. Shows some signs of wear, and may have some markings on the inside. Seller Inventory # GRP115204505