Greek Vases in the San Antonio Musuem of Art

Greek Vases in the San Antonio Musuem of Art 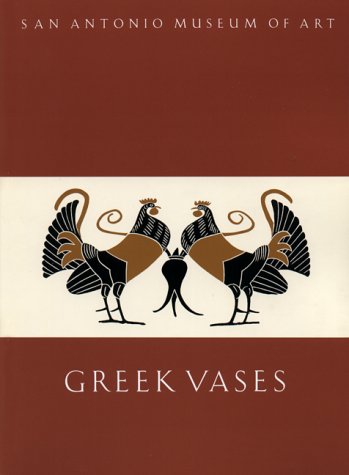 The San Antonio Museum of Art houses the largest and most comprehensive collection of Egyptian, Greek, and Roman antiquities in the southern United States. The first in a projected series of catalogs of the Museum's collection, this volume presents the Museum's extensive holdings of Greek and South Italian vases. Ranging in date from the Minoan and Mycenaean eras to the final flowering of vase painting in the Greek colonial states of southern Italy, the vases in the San Antonio Museum of Art reflect the historical development of the art form. Arranged chronologically, the informative catalog entries discuss each vase in detail, providing material of use to both the specialist and the general reader. In addition to the catalog entries and appendices, which have been compiled by an international team of fourteen prominent scholars, the catalog contains introductory essays by Dietrich von Bothmer, Martin Robertson, John Oakley, and A. D. Trendall. Copiously illustrated, the catalog presents each vase within its art historical and cultural context.

1. Greek Vases in the San Antonio Musuem of Art