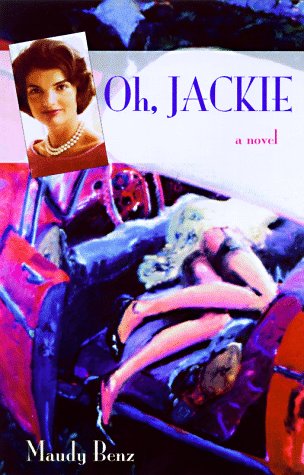 It is the summer of 1963 and 15-year-old North Wagoner, in the throes of her sexual awakening, has moved to her cousin's wealthy home on the shores of Glass Lake while her parents tour Europe. North hopes to meet a handsome boy, drive fast cars, and perhaps receive her first kiss.
North's summer is one of many kisses - forced upon her by Uncle Judd, a famous plastic surgeon who specializes in breast enlargement. As her cousin Deedee experiences her first love - with pregnancy and self-isolation the result - and Aunt Joan swallows countless pills to forget the emotional abuse in her life, North turns to Jackie Kennedy for the strength and inspiration she needs to survive.

Stylish first novel, by journalist and performance artist Benz, about the sexual awakening of an adolescent girl. Its 1963 when North Wagoner, 15, who has not yet had her first period, goes off for summer vacation on Glass Lake near Ypsilanti, Michigan. Shell be staying with her cousin Dee Diehl and Uncle Judson, her mother's brother, a plastic surgeon who reconstructs breasts and other damaged body parts, owns fancy cars, and has some peculiar hobbies. North has a crush on Jackie Kennedy, whom she resembles and has taken on as a surrogate big sister. Shes also just starting driver's training, and Uncle Judd, who likes to take photos of her naked, uses his nieces interest in cars to make several touchy-feely moves on her. Queen Mom and Dad, meanwhile, are off on a European tour (and apparently have no interest in having their daughter tag along). In Glass Lake, though, cousin Dee is leading shrinking violet North into the sexual mazes of the local dating rituals, and the girl once catches Dee having sex with her boyfriend Shrimp. When Dee starts vomiting and becomes moody and withdrawn, it doesnt take North long to figure out that her cousin is pregnant. The increasingly outgoing North wins a drag race, driving Uncle Judd's Stingray, but then finds herself uncomfortable being driven anywhere by a man. Back at school in the fall, she's still pursued by Uncle Judd and at last begs her mother for help. But Queen Mom thinks her daughters infatuation with Jackie Kennedy, and the First Ladys tragic problems, has induced North to fabricate the whole incident, which suggests that for girls molestation within the family is a no-win situation. A frank and convincing portrait of a young womans painful coming-of-age. -- Copyright ©1998, Kirkus Associates, LP. All rights reserved.

Book Description Story Line Press. Hardcover. Condition: Good. A copy that has been read, but remains in clean condition. All pages are intact, and the cover is intact. The spine may show signs of wear. Pages can include limited notes and highlighting, and the copy can include previous owner inscriptions. An ex-library book and may have standard library stamps and/or stickers. At ThriftBooks, our motto is: Read More, Spend Less. Seller Inventory # G1885266596I3N10

Book Description Brownsville, OR: Story Line Press, 1998. Hardcover. Condition: Very Good. Dust Jacket Condition: Very Good. Hardcover, 188 pages. Signed by author on title page. Binding is square and so tight that the book still crackles when opened. Red cloth cover is clean, straight-edged, and sharp-cornered. Some light softening to crown and foot of spine. Gold lettering on spine is crisp and shiny. Dust jacket is glossy and clean, with no chips, tears, or creases. Pages are clean and crisp, with no handwritten notes or underlined passages. A tight, clean copy, signed by the author. Signed by Author(s). Seller Inventory # Fred6-1470

Book Description Brownsville, OR: Story Line Press, 1998. Hardcover. Condition: Very Good. Dust Jacket Condition: Very Good. Hardcover, 188 pages. Author's inscription on title page reads, "For O__, a fellow Jackie fan and lover of books. Maudy Benz. June 14, 1998." Binding is square and tight. Red cloth cover is clean, straight-edged, and sharp-cornered. Some light softening to crown and foot of spine. Gold lettering on spine is crisp and shiny. Dust jacket is glossy and clean, with no chips, tears, or creases. Moderate wear to edges, corners, and foot and crown of spine. Pages are clean and crisp, with no handwritten notes or underlined passages. A tight, clean copy, signed by the author. Inscribed by Author(s). Seller Inventory # Fred6-1480