Items related to You Know Me: The Gita

Gajjar, Ph.D., Irina You Know Me: The Gita

You Know Me: The Gita 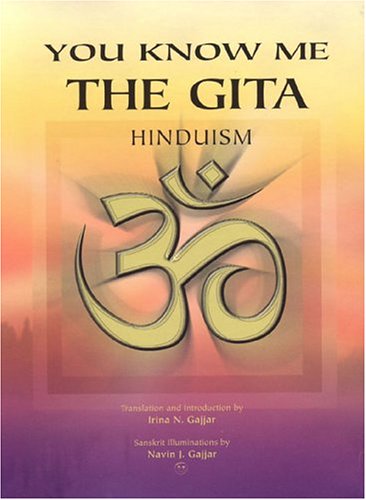 The first readable translation of the major Hindu Holy book, translated to retain the oetry of the original, Sanskrit on the left, English on the right. The first conversation with God in literature.

Irina Gajjar holds a PhD in Ancient Indian Studies from Bombay University, and studied Sanskrit in India for ten years. She speaks eight languages, including Gujarati, Chinese, Spanish, Portuguese, Romanian, and French. Her first book, The Gita, was a new translation of the Bhagavad Gita, one of the great treasures of world religious, philosophical, and ethical literature. Gajjar lives in Chicago.