Items related to In Kensington Gardens once

In Kensington Gardens once 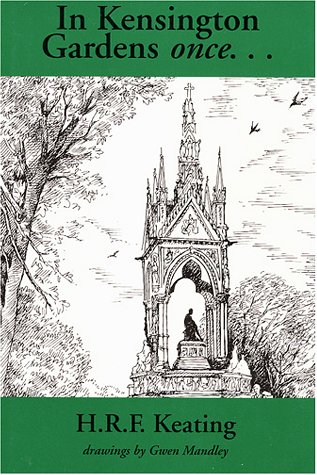 H. R. F. Keating, the famed creator of Bombay's Inspector Ganesh Ghote, leaves India for a series of evocative stories set in Kensington Gardens, which will delight all lovers of London. Each of the ten stories is set around one of the monuments and locations in London's great park—the Peter Pan statue, the Albert Memorial, statues of Queen Victoria and of the explorer, John Hammond Speke, the Round Pond, and so on. Three of the stories were written especially for this book.

Harry Keating is one of the most honored writers of our time. Recipient of two Gold Daggers for Best Novel from the British Crime Writers Association, he also recently was honored with the Diamond Dagger for Lifetime Achievement. In 1985, he was elected President of the Detection Club, in succession to G. K. Chesterton, E. C. Bentley, Dorothy L. Sayers, Agatha Christie, and Julian Symons.

Keating is nearly as good a miniaturist as he is a novelist, an Gwen Mandley's drawings add to the appeal. -- Ellery Queen's Mystery Magazine, September/October 1997

1. In Kensington Gardens once

2. In Kensington Gardens once

4. IN KENSINGTON GARDENS ONCE