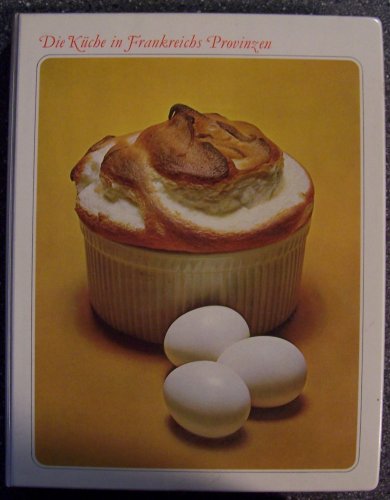 STATED FIRST PRINTING. 1997 Counterpoint hardcover, M. F. K. Fisher (The Art of Eating: 50th Anniversary Edition). Jointly selected and edited by cultural/food critic Fisher's younger sister, a longtime secretary, and a personal friend and published here for the first time, these letters?literally hundreds of them?were written from either California (Whittier, Sonoma, and Napa) or Europe (mostly France). Frequent correspondents include Julia Child, librarian and scholar Lawrence Clark Powell (who contributed a preface), and various family members, among many others. Brief section introductions and photographs provide what little context is needed. At the onset, Fisher's writing is accomplished; the letters are brimming with details not only of food but clothing, surroundings, people, and the like. Fisher produced 26 books, and this volume should accompany them in almost all libraries.?Janice E. Braun, Mills Coll., Oakland, Cal. - Amazon

What is the spell that M.F.K. Fisher casts over enchanted readers who, privileged, dip into her timeless culinary masterworks and occasional fiction? With this volume of never-before-published letters, fans who know M.F.K. only by such gustatory marvels as The Art of Eating and How to Cook a Wolf may now draw closer to the life--the loves and loves lost, the travails and travels--that inspired this woman of unique appetites, wit, and tastes.

In 1929, shortly after she turned 21, Mary Frances Kennedy married Alfred Young Fisher, and together they sallied forth to France. There her senses were freed, her artist's eye and culinary tastes refined, and she began a correspondence with family and friends that would become the raw material for many books to come; those first three years in southern France sharpened her eye for the telling moment, the curious detail.

This compendious collection of letters (which includes 32 pages of photos from her family collection) is divided into chronological blocks, introduced by brief biographical synopses. But nothing relates Fisher's rich life as poignantly as the voice that graces her letters: "Things go well here," she wrote in February 1950, having returned to the decrepit family ranch in California to care for her dying father and support her two daughters, "and the new cook, a quiet firm motherly farm-woman, promises to be just about what we need (...although I am still shuddering at one of our opening remarks, when I told her we all like to eat lots of fresh vegetables and she said, 'Oh, ja... t'ings like potato pancakes and sauerkraut...')."

Anne Lamott's tender forward to A Life in Letters is a panegyric in recognition of M.F.K. Fisher's shameless delight in and worship of earth's bounty, a balm to our fat-phobic, diet-dazed sensibilities. "She was," Lamott writes, "just about the last of the food people who did not get caught up in any modern madness, insisting instead on staying in the luxuriousness of taste and texture and communion." As these letters prove, it was a good recipe for a long life, filled with grace and gratitude.

Her cunning as a culinary essayist, memoirist, and fiction writer won't fully prepare Fisher's many fans for her gusto as an informal correspondent. The long-lived Californian (190892), whose more than two dozen books (To Begin Again, 1992, etc.) also chronicled her extended stays in Provence and other parts of Europe, wrote letters with the sort of committed ‚lan that some authors reserve solely for their published books and articles. Thankfully, though, Fisher seemed to find herself with special joy as a writer when writing to someone. The more than 60 years covered by these letters offer a changeable, charming, and unself-conscious portrait of the writer by her own highly skilled hand. They also vividly suggest the shifts in opportunities for American women as the decades passed in this century. Unlike her previously published writing, the letters are less often travelogues or sensuous surveys of adventures in appetite than they are a gathering chorus of Fisher's monologues about her family, her marriages (three), her friends, the work of writing, the business of publishing and other good reasons to live for as long as possible. Her correspondents here include Julia Child, James Beard, longtime Esquire editor Arnold Gingrich, and Knopf editor Judith Jones. Yet mainly she wrote to people who weren't famous, and her arena mostly wasn't all that worldly. Nor was her life especially privileged, despite the suggested enchantments of her sentences. Fisher seemed to take charge of any catastrophe falling on those near to her; a large part of the record shows her fighting valiantly and generously on their behalf, perhaps with a touch of inherited masochism. At the same time, however, she could insist on freedoms for herself that were not then fashionable, and with exhilarating gumption. So much to inspire; too much to summarize. (16 pages b&w photos, not seen) -- Copyright ©1997, Kirkus Associates, LP. All rights reserved.