Items related to The Drama of Obama on Racism: Analyzing Obama's...

Wayne Perryman The Drama of Obama on Racism: Analyzing Obama's Speech on Race

The Drama of Obama on Racism: Analyzing Obama's Speech on Race 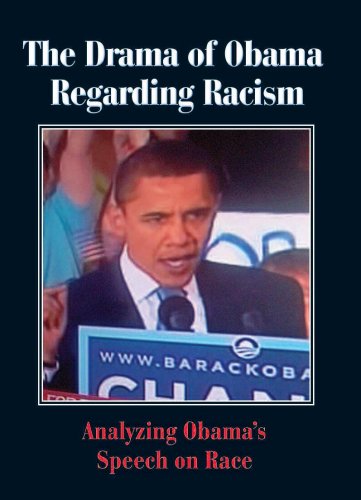 The Drama of Obama Analyzing Obama's Speech on Race [text verbatim from rear cover] "After Senator Obama's inspiring and thought-provoking speech on race, most Americans feel it is time to set the record straight regarding the origin of racism in America. Over the years, we have had several discussions on the subject, most of which focused on the relationship between blacks and whites. But seldom have we ever acknowledged the number of whites who gave their lives to wipe out this deadly social disease nor have we reviewed the role that politics played in establishing a racist society. Historians report that one party supported slavery and Jim Crow while the other party opposed them. They also report that one party was known as the Party of White Supremacy and the other party was known as "Nigger Lovers." Senator Obama confirms this fact in his book: Dreams from my Father. He tells his readers how white Chicago Democrats vowed to vote Republican before they would vote for a 'black man' (Harold Washington) to be mayor of Chicago. Many have confessed that the Senator's March 18, 2008 speech was compelling, comprehensive and forthright and perhaps one of the greatest speeches on race since the Rev. Dr. Martin Luther King's "I Have a Dream" speech. Although his speech touched the hearts of all American citizens, its fatal flaw was its failure to tell the truth, the whole truth and nothing but the truth regarding who was really behind the efforts to divide our country by race. This book is an in-depth analysis of Obama's speech and contains information he chose not to include and information that Congressman Steve Cohen ignored when he introduced the Resolution to apologize to African Americans for slavery and Jim Crow (on July 29, 2008)."