Items related to Shepherd of Souls 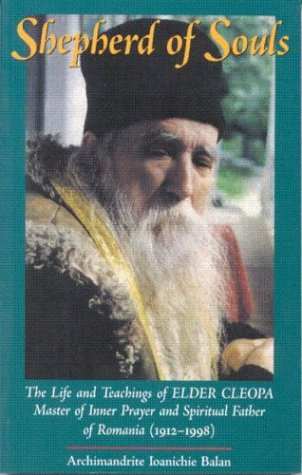 At Sihastria Monastery in the mountains of northern Romania, Elder Cleopa tended the sheep for many years, spending his days in prayer and spiritual contemplation. Then, at the age of twenty-nine, he was unexpectedly chosen to be the new Superior of the monastery.

Now that he was a shepherd of souls, Elder Cleopa quickly revealed his skill in directing people in the spiritual life. He instructed both monastics and lay people in the practice of the Jesus Prayer, and in the cultivation of hesychia (interior silence).

After being arrested and threatened by the communist secret police, Elder Cleopa departed to the wilderness, where he spent a total of ten years in unceasing prayer. Eventually he returned for good to Sihastria Monastery. Each day for the next thirty years, hundreds of people flocked to him for guidance. Endowed by God with spiritual insight, he would mystically apprehend the problems and needs of each, leading them into closer communion with their Creator. At the time of his death in 1998, he was the spirtual father of all Romania.

This inspiring book by the Elder's close disciple contains both his life and counsels.