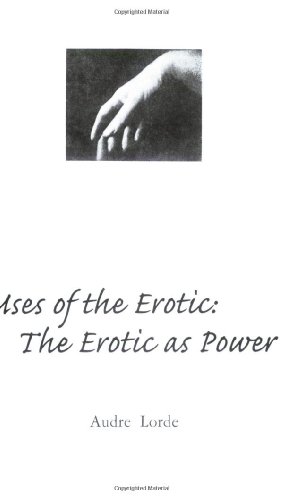 Part of a series of short essays designed to be sent in the mail like a greeting card, envelope included. in their matching brown mailing envelope.

Audre Lorde was born in 1934 in New York to parents of West Indian heritage. She passed away in 1992, a victim of breast cancer. Her battle with the disease, which was chronicled in "The Cancer Journals," was just one of many struggles she had to deal with in life. Audre Lorde, a black lesbian feminist, fought for justice on multiple fronts. Her writings protest against the swallowing of black American culture by an indifferent white population, against the perpetuation of sex discrimination, and against the neglect of the movement for gay rights. Audre Lorde also held numerous teaching positions and toured the world as a lecturer. She formed coalitions between Afro-German and Afro-Dutch women, founded a sisterhood in South Africa, began Women of Color Press, and established the St. Croix Women's Coalition. She was living in St.Croix at the time of her death.