Items related to Company We Kept 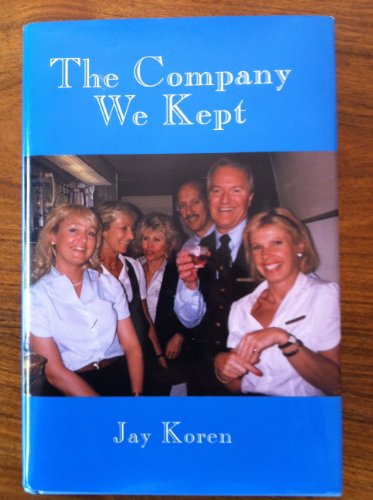 Several books have been written by airline flying crews, by pilots, and by members of the cabin crews. Some have been technical analyses, some have been tales of adventure, some have been vainglorious exercises in conceit or deliberate appeals to sensationalism. Most have been autobiographies that understandably concentrate on the author's own experiences and achievements. Jay Koren's contribution to this branch of aviation literature is different. He was an intense people-watcher, of his companions in uniform and especially of his airline's clientele. His 40-year career with Pan American was a classic example of starting at the bottom rung of the ladder and reaching the top, a status that was recognized by the airline itself when he was chosen to represent it, as the model for the mannequin that resides in the National Air and Space Museum of the Smithsonian Institution. The stories he tells will knock your socks off. Some are hilarious, to keep you chuckling and passing them on to your friends. Some are poignant, that will bear the precaution of having a handkerchief within reach. All are the result of shrewd personal observation, the more authentic for having been based on notes and diaries kept throughout a notable life of services to a great airline. Aside from the comedy and the tragedy, however, there were many moments to cherish in Jay's reminiscences: meeting with the rich and the famous, stars of stage and screen, presidents, even a king. Interwoven with the anecdotes are fascinating commentaries on what it was like to work for an airline that encircled the globe and left behind a legacy of leadership and pioneering from which the air transport industry as a whole has benefited.