Items related to Jesus in the Qur'an: His Reality Expounded in the... 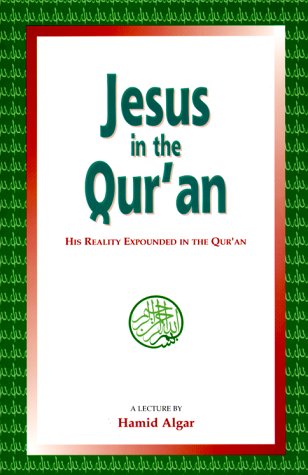 A feature of the Quran that deserves careful attention is that while it unambiguously asserts the finality of the Prophet Muhammad (SAW) and the divine abrogation by means of the revelation entrusted to him of all preceding books, it also devotes considerable attention to the prophets that cam before him. This is not by way of ecumenical goodwill to the followers of religious other than Islam for the prophets in question are all legitimately regarded as prophets of Islam are portrayed, moreover, in ways radically different from the relevant biblical narratives. This is especially true of Jesus, upon whom be peace; his true character is revealed to us by the Quran to have been that of a prophet sent to reaffirm the law of the Torah, while modifying certain parts of it, and to proclaim the coming of the last and most perfect of the messengers, Muhammad (SAW). He was born without paternity, whether human or divine, and he was neither killed on the cross, nor even p! laced on it, being instead raised by Allah unto Himself. Both his entry to this world and his departure from it are, then, of a strictly mysterious nature. The Quran alludes, in addition, to his return to earth at the end of time, a theme more fully elaborated in hadith. Given the fallible nature of the Gospels, it may safely be asserted that the Quran, as revelation, is the only source of true and certain knowledge concerning this messenger of Allah..

Hamid Algar, born in England in 1940, received his formal training in Islamic studies at Cambridge University, from which he received his Ph.D. in 1965. Since 1965, he has been teaching at the University of California, Berkeley, a wide range of courses including tafsir, Sufism, Shi'ism, the history of Islam in Iran, Arabic, Persian and Turkish literature