Items related to The Human LifeBook (aka The Human HandBook): A Lucid...

The Human LifeBook (aka The Human HandBook): A Lucid Guide To Conscious Living in The New Millennium 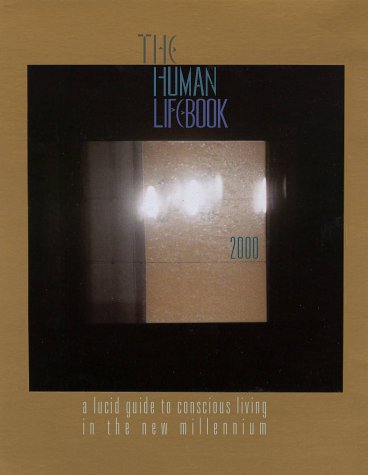 In his notes, James Harvey Stout had specifically suggested that his work be a platform for discussion and development of ideas for expansion, elaboration - to join with the work of others who may wish to enlarge the landscape of thought found here.

The Human LifeBook presents one, all-encompassing "unified theory" as a practical guide to conscious living in the new millennium. A body of thought bringing together everyday life and spirituality, thereby enhancing human activities with consistent meaning and purpose, transforming them into a creative and evolving process by which to foster personal growth and develop a self defined and fulfilling world - materially, emotionally, mentally and spiritually - absent dogma.

The concept of archetypal fields put forth in this book is the basis for one explanation of existence and serves as the underlying connection among the themes explored, from Attachment, Conscious Mind, Dreams... through Directed Imagination, Meditation, Midlife Transitions, Health ... to Human "Typology", Informed Intuition, Integration of Lucid Perception, Positive Thinking and Wholeness.

Sadly, the voice with whom we would wish to maintain an ongoing dialogue is now silent. This too is emblematic of the ironies and challenges of human life.

"I have been very ill. By the time you read this, I will be dead. I believe that my ideas are worthwhile, and I hope that my work was not in vain. I wish you well."

These were the words that read across the screen, one summer day of 1999, as I stumbled upon a site by James Harvey Stout, while randomly surfing the Net. Immediately, I was taken by the emotion and finality of these words. Someone's lifelong search and trenchant insights on the philosophy of human life shared online... and the aura of mystery imparted by a deceased author.

The more I read through the digital book, quite cumbersome at times, the less I became skeptical about the quality and depth of the writings found in a moment of serendipity. Instead, I became intrigued with the content and endeavored to seek alliances to help with the dissemination of the work to the public.

OmniView Press became as enthusiastic as I about giving exposure to the writings of James Harvey Stout. In the review process, the scope of publishing enlarged to encompass the new concept of a worldwide forum for gathering writings on the challenges of informed living. The collected work to be published each year as the "Human LifeBook", which would compile and present the work of several yet unpublished, or new, emerging authors' writings on all matters human.

The first such book in the series, The Human LifeBook 2000, inspired by my accidental finding of an unpublished author's site, most likely after he had already passed away, would thus comprise some of Stout's writings, as well as those of other writers, who would well complement the book in adding content to make it a more comprehensive guide on the navigation of self in the pursuit of conscious living.

Due to my familiarity with Stout's book, and my keen understanding of some of the areas covered in the LifeBook, I was selected as one of the contributing authors. Nathan Sassover then became the third writer as a result of his extensive personal knowledge in several of the subject categories (see inside back cover 'About the Authors').

Similarly, the second and upcoming book in the series, the Human LifeBook 2001, will include the work of several new authors selected by OmniView Press, extending the mandate, which begins with this premiere volume.

We hope it informs your journey to a more compleat self. Michelle M. Nicolai

1. The Human LifeBook (aka The Human HandBook): A Lucid Guide To Conscious Living in The New Millennium