Items related to The Company I Keep

Jordan Zinovich The Company I Keep

The Company I Keep 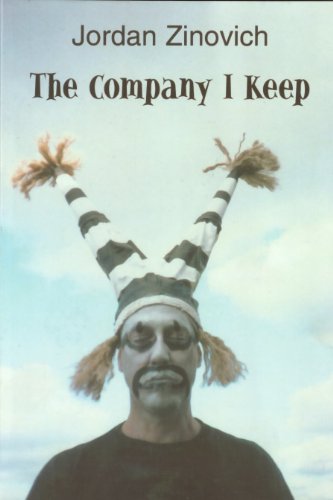 The Company I Keep is a survey of Jordan Zinovich’s best work from the past 20 years. It’s a mixture of lyric and epic, free verse and strict meter and rhyme. The final piece, “John Chapman’s Harvest,” is a four-voice radio play in the tradition of Under Milkwood. A CD recording of a performance of that poem/play will be included in the Ekstasis publication.

Jordan Zinovich was born and raised in the Rocky Mountains of British Columbia. He left Canada in 1974, and since then has lived in Crete, England, France, Guinea Conakry, Holland, India, Spain, and New York City, where he now resides. He has published six books: Two historical biographies about personalities involved in the opening of the western Canadian north — The Prospector: North of Sixty and Battling the Bay; the critical anthology Semiotext(e) CANADAs (of which he was Project General Editor); the novel Gabriel Dumont in Paris; Cobweb Walking, a collection of poetry; and the poetic radio play John Chapman’s Harvest. His work has been translated into French and Dutch, with radio performances in New York and Amsterdam. At present he is a senior editor with the Autonomedia Collective, one of North America’s most notable underground publishing houses.

1. The Company I Keep