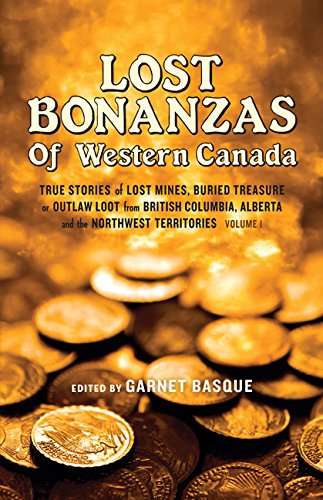 The book contains thirteen true stories of lost mines, buried treasure and outlaw loot from British Columbia, Alberta and the Northwest Territories. This collection of stories is unlike most. Although many of the stories themselves are not new, in the past most authors have merely glamorized the possibility that the treasure existed. This author has gone far beyond that, spending the time and research necessary trying to establish whether or not the treasure did, in fact, exist. , whether the people, places and events actually existed. It was a complicated process given the number of years that had passed. Authenticating them however, did not detract from the stories. This collection will stir the adventuresome spirit in the reader.

Garnet Basque (1945-1994) operated Canadian West magazine from 1985 to 1994, as well as Sunfire Publications in Langley, BC. He published numerous titles about lost treasures and frontier settlements, under various imprints.