Items related to The Singing Stones 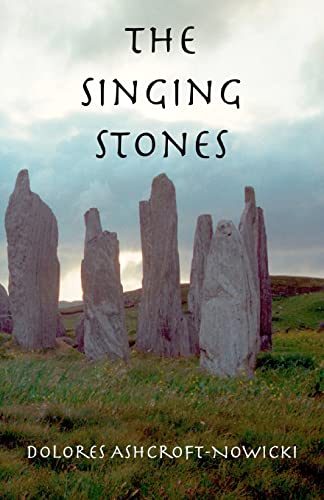 It should have been a happy 14th birthday. But Thomas Greystone's life turns upside down as he is drawn into an ancient legend of unimaginable magical power. For Thomas is destined to become the Archmage of Britain and stand against the evil Mordred in his attempt to stop the return of King Arthur in his country's hour of deepest need. The final battle looms on Lammas Eve ... with an ending no-one could foretell.

Dolores Aschroft-Nowicki is a third generation psychic who has worked with magic since childhood. She studied under the late W. E. Butler and with him was a founding member of the Servants of the Light School of Occult Science. She travels the world lecturing on all aspects of the occult and is the author of many successful books, including The Shining Paths, Inner Landscapes, Illuminations, The Ritual Magic Workbook and First Steps in Ritual.

1. The Singing Stones (Paperback or Softback)