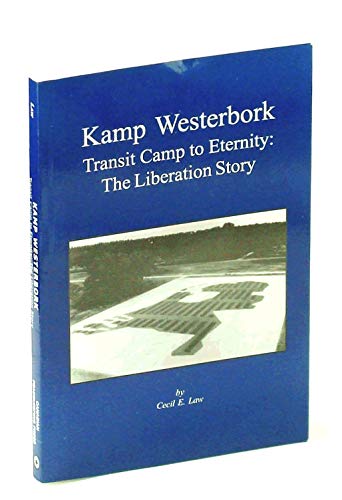 This is a book about a few days in the history of the South Saskatchewan Regiment in World War II... Westerbork was the only operational concentration camp actually liberated by the Canadian Forces. For them, it was probably the smallest victory in their regimental history. But...it meant everything - freedom and a hope for a new life. Yes, the Canadian Army was involved in the Holocaust, so was every soldier in the Allied Armies. If they had not fought and won World War II in Europe, The War Against the Jews would not have ended. There would have been no survivors. On behalf of all 861 remaining inmates of Westerbork, we hope that this book will be an educational and memorial document of Canada's military role in World War II in memory of all veterans who fought and paid with their life for this victory.

Book Description Canadian Peacekeeping Press, 2000. Paperback. Condition: Good. Item may show signs of shelf wear. Pages may include limited notes and highlighting. May include supplemental or companion materials if applicable. Access codes may or may not work. Connecting readers since 1972. Customer service is our top priority. Seller Inventory # mon0001478643

Book Description Canadian Peacekeeping Press, 2000. Condition: Good. A+ Customer service! Satisfaction Guaranteed! Book is in Used-Good condition. Pages and cover are clean and intact. Used items may not include supplementary materials such as CDs or access codes. May show signs of minor shelf wear and contain limited notes and highlighting. Seller Inventory # 1896551351-2-4