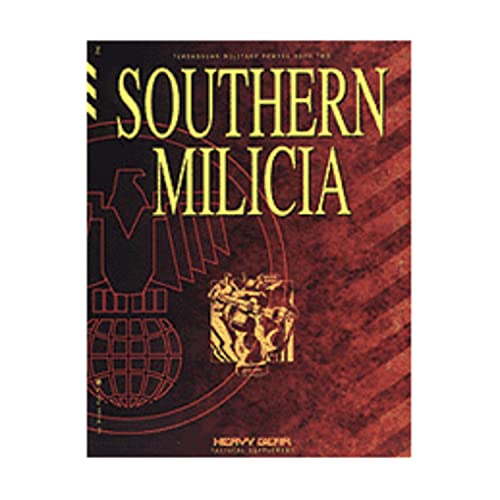 MILICIA is an acronym which stands for MILitary Intervention/Counter-Insurgency Army. The Southern MILICIA recruits troops from all four Southern leagues; they are used to staff border outpost and perform counter-insurgency duty in the three vassal leagues. Most important, they spearhead the fighting against the South's enemies, taking the fight to protect their own across Terra Nova. The Southern MILICIA Army List provides Heavy Gear tactical Players with all the information they need to run battles featuring the MILICIA and build their own MILICIA units. Southern land forces are covered in detail along with guidelines for building miniature armies, new tactical abilities for special units and some historical background on the MILICIA.